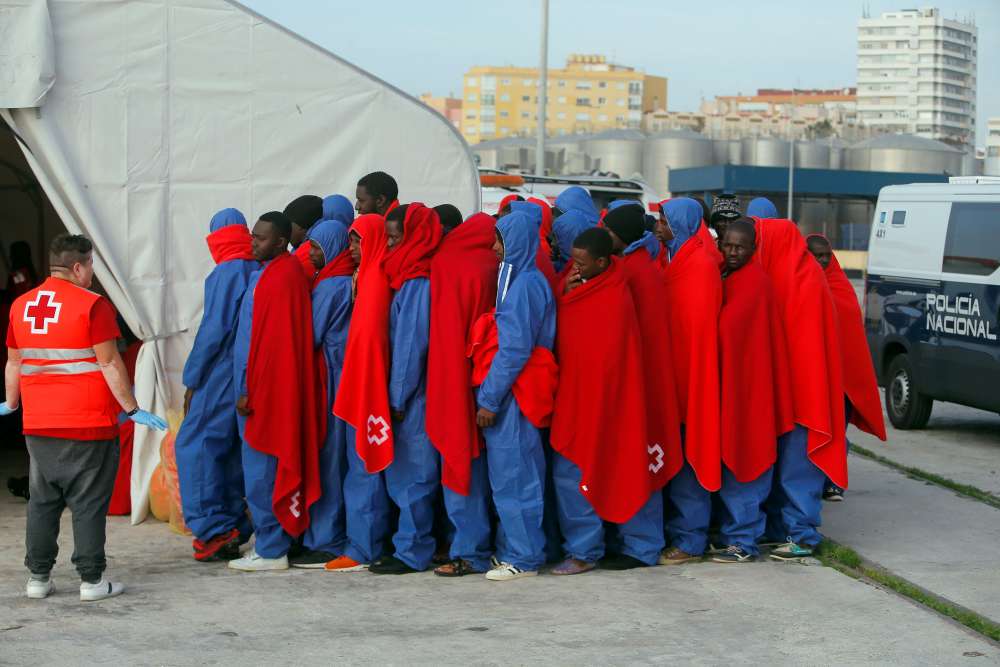 Migrant arrivals to Italy have almost dried up, new asylum requests across the European Union have more than halved in three years and at the end of 2018, Hungary’s reception centres housed just three refugees.

On the face of it, Europe’s migrant crisis appears over, but the shockwaves still resound around the continent ahead of this month’s European Parliament election, and nationalist politicians are looking to capitalise on the continued tumult.

“The most important thing is that leaders are elected who oppose immigration so that Europe will be in a position to defend itself,” Hungarian Prime Minister Viktor Orban said on the sidelines of an EU summit in Romania last week.

Opponents accuse far-right and populist parties of grossly exaggerating the problem, but the issue still resonates, with a YouGov poll published on Monday showing that immigration was currently the voters’ top concern, followed by climate change.

The survey, carried out in eight EU states, showed just 3% of respondents thought “all is well” on the migration front, YouGov said. Only 14% believed the European Union had done a good job handling the emergency.

Once consigned to the fringes of European politics, anti-immigrant parties saw support surge in 2015 when more than a million refugees and migrants flowed out of the Middle East and Africa in search of a safer, better life in Europe.

The influx caught EU governments by surprise, stretching both social and security services, and revealing the inability of Brussels to find a way of sharing the immigration burden in the face of wildly conflicting national interests.

Perhaps unsurprisingly, nationalist and eurosceptic parties are expected to chalk up their best ever result in the May 23-26 EU vote, putting them in a strong position to shape policy in the 28-nation bloc over the coming five years.

In all, some 4.57 million people have requested asylum in the European Union since the last EU vote in 2014, a threefold increase over the prior five-year period, according to EU statistics agency Eurostat. But the numbers are receding.

Thanks partly to much tighter controls, often put in place by newly empowered anti-immigrant parties such as the League in Italy, new arrivals to Europe fell to under 150,000 last year arrivals, U.N. data shows, with even fewer expected in 2019.

Headed by Deputy Prime Minister Matteo Salvini, the League looks set to emerge as Italy’s largest party in the May ballot, with polls suggesting it will win around 30% against 6% at the last EU election in 2014 and 17% at a 2018 national ballot.

Since taking office last June, Salvini has effectively closed ports to migrants rescued in the Mediterranean, helping cut new arrivals here to around 1,100 so far in 2019, down some 90% on 2018 levels and 98% on the same period in 2017.

But latest polls suggest momentum for the League might be slowing, with the focus on immigration starting to fade – at least in Italy, where concerns about the economy and corruption are pushing to the fore.

“Salvini hopes immigration will remain a central issue because it is one that generates most support for him,” said Lorenzo Pregliasco, head of political analysis firm YouTrend.

“But is hard for him to say ‘we have reduced migrant arrivals by 98 percent’ and then keep saying immigration is a threat. This is creating a problem for him,” Pregliasco told Reuters.

Looking to keep migration in the spotlight, the League and its political allies in Europe have been quick to portray the newcomers as a security threat, pointing to deadly jihadist attacks over the past five years, including assaults in Paris, Brussels, Berlin, London and Barcelona.

A poll by the European Council on Foreign Relations said there was a clear majority in every country for better protection of Europe’s borders, while Europeans saw Islamic radicalism as the biggest threat facing the continent.

“There is a creeping Islamisation, a population change, or a population displacement,” said Heinz-Christian Strache, the head of Austria’s far-right Freedom (FPO) party, a junior coalition partner.

Mainstream parties accuse the populists of playing on base emotions and say they are not interested in finding a comprehensive solution to the refugee question, which could include quotas for redistributing new arrivals around the bloc, and better integrating migrants into European society.

“The danger I see is that there are politicians in Europe who have a reason to keep this problem alive,” Manfred Weber, the German lead candidate for the EU centre-right, told Reuters.

Germany took in more than a million asylum-seekers in 2015 – a decision welcomed by human rights groups, but that also stoked support for the anti-migrant, far-right Alternative for Germany (AfD).

Tapping into discontent amongst part of the electorate, AfD entered the national parliament for the first time in 2017 and is the only German party that is putting an emphasis on immigration in campaigning for the EU vote.

“Refugees are bringing crime into our towns,” the AfD has said in Tweets and leaflets ahead of the ballot – an assertion rejected by its opponents.

Mainstream German parties are focusing on other issues and hoping immigration will fall off the radar screen. It is a similar story in France, where President Emmanuel Macron’s party has listed immigration as only its number 5 priority, with the environment in the top spot.

Gerald Knaus, chairman of the Berlin-based European Stability Initiative think-tank, believes that by relegating the question, moderate parties will allow extremist rivals to frame the debate and let the anti-immigrant narrative predominate.

“What is lacking from mainstream parties is a coherent, convincing message that they can control arrivals without violating human rights,” he told Reuters.

“The majority of people want migration control but they also have empathy for refugees. As things stand, these voters have no-one to turn to (in this election).”