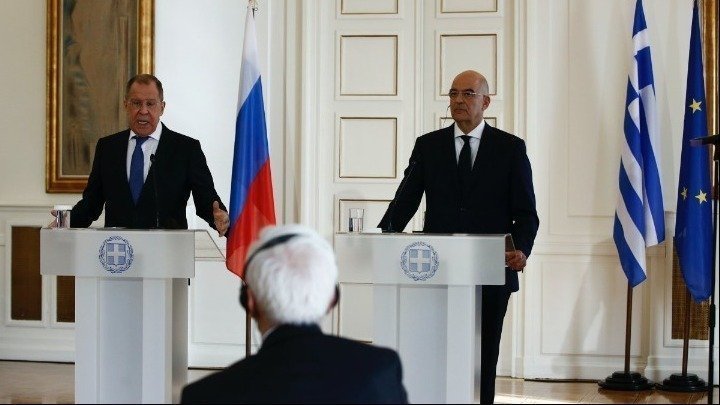 Greek Foreign Minister Nikos Dendias and visiting Russian Foreign Minister Sergey Lavrov on Monday agreed it was Greece’s ιnalienable right to extend its territorial waters to 12 nautical miles, in accordance with maritime law and the UN Convention on the Law of the Sea (UNCLOS).

Dendias said that during their meeting, he made a special reference to Greece’s inalienable right to extend its territorial waters to 12 nautical miles and that the Russian foreign minister had replied that “Russia can’t adopt any other stance apart from that supported by the Law of the Sea,” adding that every member of this Treaty can register its territorial waters up to 12 nautical miles, following common sense and geographical neutralities.
Lavrov said that the difference may be resolved only through deliberations that respect and take into account the interests of each side.

“Any problems that may arise between countries should be resolved with dialogue. However difficult the situation between Greece and Turkey may be at present, we will always support discussion and the resolution of these problems through the direct talks,” Lavrov said.