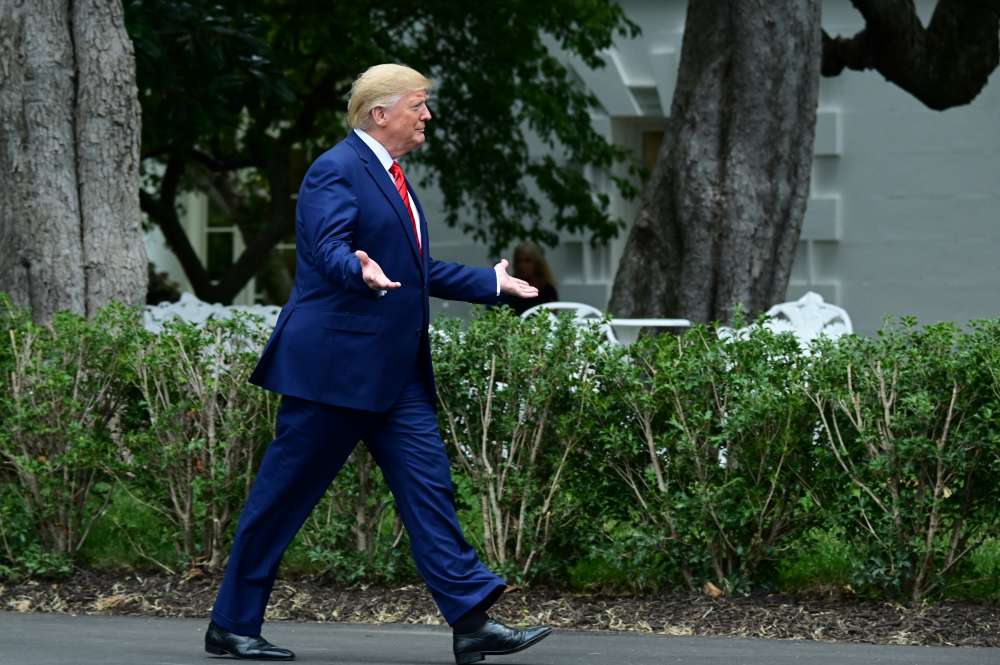 Democrats are urging people who might have more information about President Donald Trump’s effort to persuade Ukraine to investigate political rival Joe Biden to come forward as Trump struggles to contain the fallout from the scandal.

A whistleblower report, released on Thursday, said Trump not only abused his office in attempting to solicit Ukraine’s interference in the 2020 U.S. election for his political benefit, but that the White House tried to “lock down” evidence about that conduct.

At issue is a July 25 phone call that Trump had with Ukrainian President Volodymyr Zelenskiy to congratulate him on his election victory.

In the call, according to a summary released by the Trump administration on Wednesday, Trump asked Zelenskiy to investigate Biden and his son Hunter, who worked for a Ukrainian gas company for several years.

Trump has repeatedly suggested wrongdoing by Biden and his son but has offered no evidence to back up the assertion.

Biden, a former vice president, is a leading contender in the Democratic race to take on Trump in the 2020 presidential election.

A growing number of Democrats say the call was an abuse of Trump’s position and want to see him impeached. But the chances of the Republican president being removed from office look slim since his party controls the Senate where an impeachment trial would be held.

Democrat Adam Schiff, who chairs the House of Representatives Intelligence Committee and is one of Trump’s biggest opponents, called for more people to come forward who have knowledge of the Ukraine case.

“I’m hoping that these witnesses will choose to cooperate, will volunteer. But I have to say I am deeply worried now that the president, on the eve of our hearing or during our hearing, was threatening these witnesses,” Schiff told CNN on Thursday.

Schiff spoke after Trump said he wanted to know who provided information to the whistleblower, according to an audio recording provided to the Los Angeles Times by an attendee.

“I want to know who’s the person, who’s the person who gave the whistleblower the information. Because that’s close to a spy,” Trump can be heard saying on the recording, made during his remarks in New York on Thursday to staff from the U.S. mission to the United Nations.

“You know what we used to do in the old days when we were smart? Right? The spies and treason, we used to handle it a little differently than we do now,” Trump said.

The White House did not dispute the comments.

“Threats of violence from the leader of our country have a chilling effect on the entire whistleblower process, with grave consequences for our democracy and national security,” said a joint statement on Thursday night by three Democratic House committee chairmen – Schiff, Eliot Engel of Foreign Affairs and Elijah Cummings of Oversight.

Trump and his Republican allies say he was simply leaning on Zelenskiy to carry out his own campaign promise to root out corruption in Ukraine.

Still, Trump’s political allies are worried, given that the impeachment inquiry will likely lead to weeks or months of negative media coverage of Trump and distract from his re-election bid.

The inquiry is casting a new pall over his presidency just months after he emerged from the dark cloud cast by Special Counsel Robert Mueller’s investigation into whether he colluded with Russia in the 2016 election.

Three U.S. House committees said they would issue subpoenas to the White House and State Department as soon as Friday if the Trump administration misses a deadline to send a wide range of documents related to its dealings with Ukraine.

The House Foreign Affairs, Intelligence and Oversight committees launched an investigation into the matter early this month, before news broke about the whistleblower complaint that helped lead Pelosi to announce the formal impeachment investigation.

In a letter on Sept. 9, the chairmen of three committees set a Sept. 26 deadline for the documents to be handed over, and threatened to issue subpoenas if their request was not met.

Schiff set a Friday deadline for Attorney General William Barr to hand over a range of materials, including a legal opinion or analysis related to the whistleblower complaint and Justice Department communications and correspondent about the complaint.