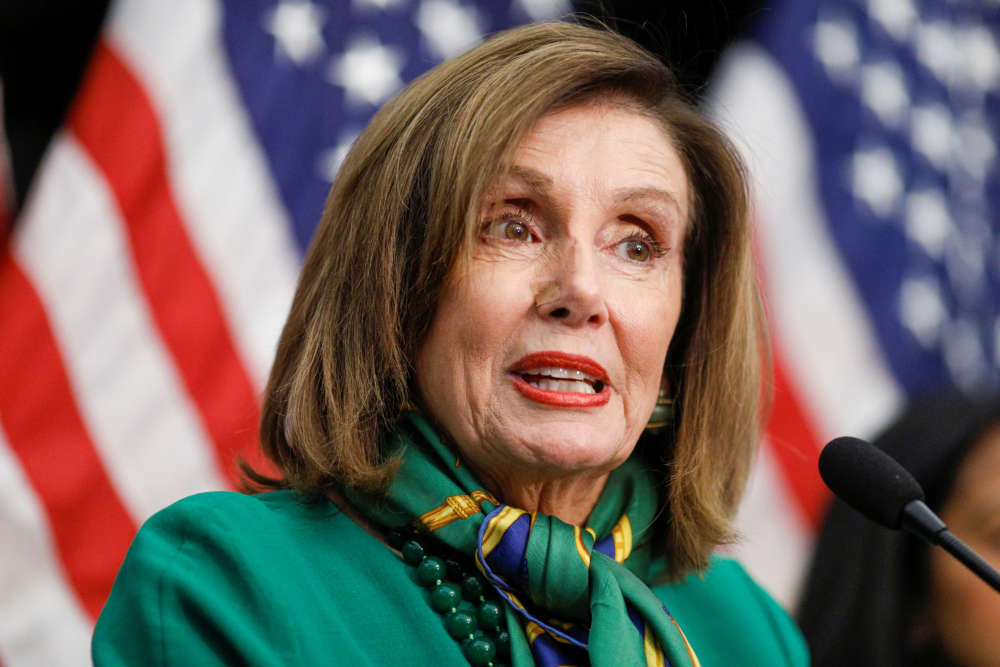 Democrats in the U.S. House of Representatives said on Tuesday they would include new evidence when they send formal impeachment charges against President Donald Trump to the Senate on Wednesday, seeking to expand the scope of a trial that will dominate Washington for the next several weeks.

Senior Democrats said they would include phone records and other documents provided by Florida businessman Lev Parnas when they make their case that Trump abused his power by pressuring Ukraine to investigate a political rival, Democratic former Vice President Joe Biden.

Parnas was an associate of Trump’s personal attorney Rudy Giuliani, who says Parnas helped him investigate Biden. The Ukraine-born Parnas has pleaded not guilty to federal campaign-finance violations in a separate criminal case.

The late inclusion of Parnas’ records, which were only made available to investigators in the last few days, suggested Democrats were trying to further substantiate their case before it heads to the Senate for trial.

Trump became only the third U.S. president to be impeached when the Democrat-majority House last month approved charges that he abused the powers of his office and obstructed Congress in its investigation into his conduct.

The House will vote on Wednesday to send the impeachment charges to the Republican-controlled Senate, kicking off a trial that could last through early February. It will also name the House lawmakers who will prosecute the case against Trump.

Those lawmakers will walk in a procession through the U.S. Capitol to the Senate to present the articles of impeachment to the secretary of the Senate around 5 p.m. EST (2200 GMT) on Wednesday, House Speaker Nancy Pelosi’s office said in a statement.

The Senate is expected to acquit Trump, as none of its 53 Republicans have voiced support for ousting him, a step that would require a two-thirds majority in the 100-member chamber.

Pelosi had delayed sending the impeachment charges to the Senate in an unsuccessful effort to get Republicans who control the chamber to agree to include new witness testimony that could be damaging to the Republican president.

Republicans mocked Pelosi for the delay, saying it undercut her argument that Congress needed to impeach Trump because he was inviting foreign interference in the 2020 presidential election.

Democrats said the delay allowed new evidence to emerge through government records requests – and now, the material provided by Parnas.

Democrats said Parnas’ phone included a screenshot of a previously undisclosed May 10, 2019, letter from Giuliani to then President-elect Volodymyr Zelenskiy of Ukraine.

“In my capacity as personal counsel to President Trump and with his knowledge and consent, I request a meeting with you,” Giuliani wrote.

One of the most contentious issues that has yet to be resolved is whether to have witnesses in the Senate trial.

Democrats want to hear from current and former White House officials, such as former national security adviser John Bolton, whom they believe could provide insight into Trump’s pressure campaign on Ukraine.

Senate Republican leader Mitch McConnell has resisted the idea of calling witnesses or digging up new evidence in the trial, saying his chamber should only consider evidence that has been collected by the House.

Wednesday’s House vote would allow the Senate to begin considering the charges against Trump next week, McConnell said.

All the senators present will act as the jury at the trial, which will be overseen by the head of the U.S. Supreme Court, Chief Justice John Roberts.

Trump has denied any wrongdoing and has dismissed his impeachment as a partisan bid to undo his 2016 election win as he tries to win re-election in November.

“It’s just to try and smear this president because they know they can’t beat him at the ballot box,” White House spokesman Hogan Gidley told Fox News.

The case against Trump is focused on a July 25 telephone call in which he asked Zelenskiy to open a corruption investigation into Biden and his son Hunter, as well as a discredited theory that Ukraine, not Russia, meddled in the 2016 U.S. election.

Joe Biden, whose son served on the board of a Ukrainian gas company, is a leading candidate for the Democratic presidential nomination to face Trump in the Nov. 3 election. Both Bidens have rejected the allegations and no evidence has emerged to substantiate them.

By In Cyprus
Previous articleSanders, Warren spar over disputed remark
Next articleInterior Minister to discuss post-Brexit arrangements in London

Legislators will soon have to decide whether to accept a Cabinet proposal for an island-wide referendum on local government reform to be held on...
Read more
Photos