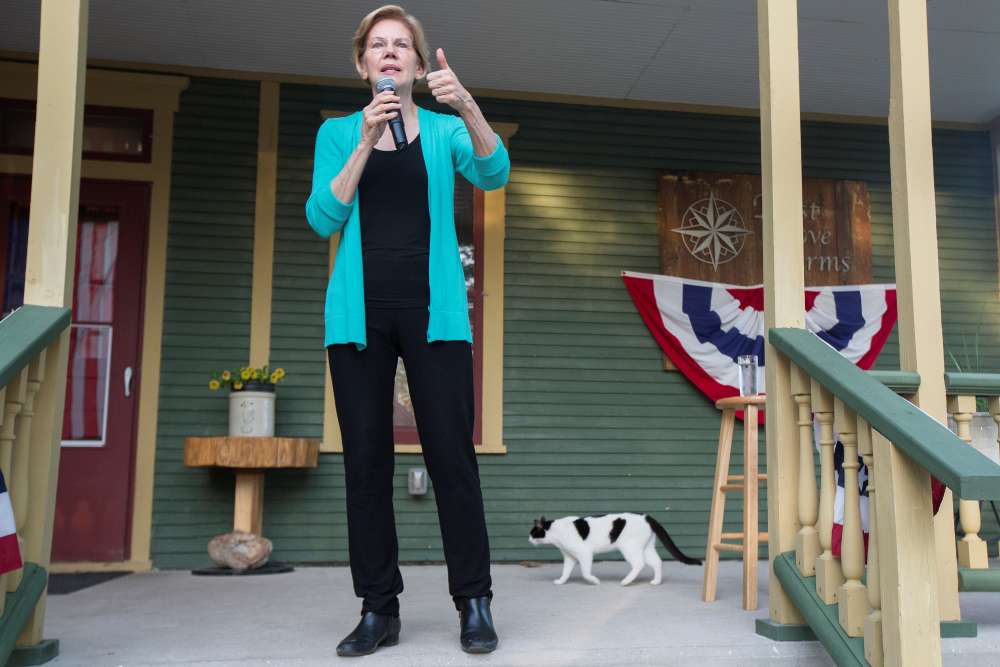 Democratic presidential candidate Elizabeth Warren called on Friday for Congress to pass a law that makes it clear the Justice Department can criminally indict a sitting president and charge the U.S. leader with obstructing justice.

“No president is above the law,” Warren said in a statement released by her campaign. “Congress should make it clear that presidents can be indicted for criminal activity, including obstruction of justice.”

Warren’s call came in response to Special Counsel Robert Mueller’s 448-report on his investigation into Russian interference in the 2016 presidential election, and his statement this week that Justice Department policy prevented him from bringing charges against a sitting president.

Mueller’s report concluded that Russia repeatedly interfered in the 2016 election and that Trump’s election campaign had had multiple contacts with Russian officials, but did not establish a criminal conspiracy with Moscow to win the White House.

It declined to make a judgment on whether Trump obstructed justice, although it outlined 10 instances in which Trump tried to have Mueller fired or otherwise impede the investigation.

“When the federal government tried to investigate, Donald Trump did everything he could to delay, distract and otherwise obstruct that investigation,” Warren’s statement said. “That’s a crime. If Donald Trump were anyone other than the president of the United States, he would be in handcuffs and indicted.”

Warren urged Congress to pass a law making it clear that presidents can be indicted for criminal activity, including obstruction of justice. She also said statutes relating to such obstruction should be amended to allow for indictment when a president abuses the powers of office.

She promised that if she is elected, she would ensure her appointees reverse a Justice Department opinion that argues a sitting president cannot be indicted.

“Donald Trump is not a king. No president is. And our democracy only works if everyone can be held accountable,” Warren said.