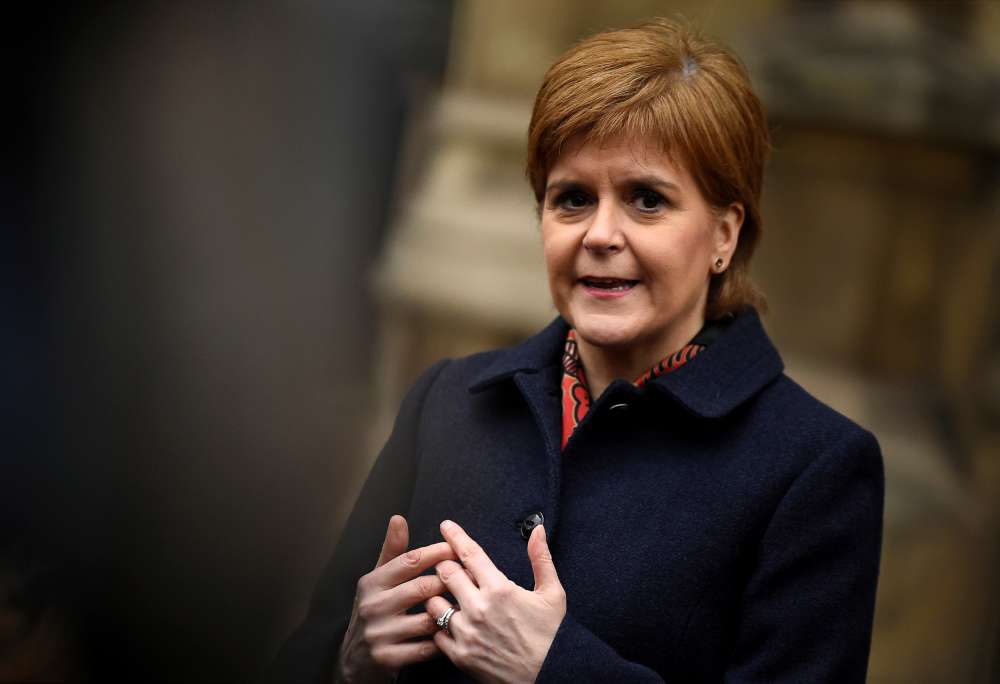 Scotland’s nationalist leader Nicola Sturgeon will consider “all reasonable options” if Prime Minister Boris Johnson tries to stop her from holding a referendum on Scottish independence, she said on Thursday.

As things stand, a referendum cannot take place without UK government consent. Sturgeon, who heads Scotland’s semi-autonomous government, said she would write to Johnson on Thursday asking him to enter negotiations on transferring the power to hold a referendum from London to Edinburgh.

“The question is often posed to me: ‘what will you do if Boris Johnson says no?’ As I’ve said before, I will consider all reasonable options to secure Scotland’s right to self-determination,” she said in a speech.

Sturgeon refused to be drawn on exactly what those options could be, although she signalled that she did not envisage a Catalonia-style referendum, organised without consent or recognition by the national government.

“In line with our values, we acknowledge that a referendum must be legal and that it must be accepted as legitimate here in Scotland and the rest of the UK, as well as in the European Union, and the wider international community,” she said.

Scots rejected independence by 55% to 45% in a 2014 referendum and Sturgeon said the case for Scotland to break away from the rest of the United Kingdom had not yet been won. She framed her strategy as a fight for Scotland’s right to self-determination.

Johnson, whose Conservative Party won a landslide in England in last week’s election but performed poorly in Scotland, winning only six seats there, has said he would not allow a second referendum to take place.

He says the 2014 vote settled the independence question and it would be divisive and bad for the economy to re-open the argument.

Sturgeon argues circumstances have changed since the 2014 vote, mainly because a majority of Scots voted to remain in the European Union in a 2016 referendum, while the United Kingdom as a whole voted to leave.

Britain’s exit from the bloc is scheduled for Jan. 31. Sturgeon said the SNP’s success in last week’s election showed Johnson had no mandate from the Scottish people to take them out of the EU against their will.

She said Johnson’s attitude on the Scottish issue would push the country towards the exit door.

“The more a Tory (Conservative) government seeks to block the will of the Scottish people, the more they show complete and utter contempt for Scottish democracy, the more support for independence will rise, so their short term strategy, in my view, sows the seeds of their longer term defeat.”