Defence Ministers of Cyprus, Greece and Egypt to hold trilateral meeting in Athens 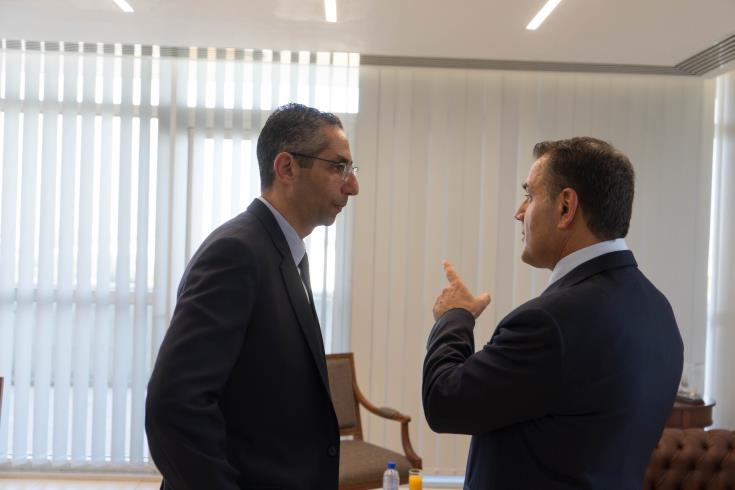 The Defence Ministers of Cyprus, Greece and Egypt will hold a trilateral meeting on Tuesday, November 5, in Athens during which they will discuss developments in the Eastern Mediterranean as well as about the cooperation of the three countries on defence and security issues, CNA has learned.

Cyprus Defence Minister Savvas Angelides will fly to the Greek capital on Tuesday for the meeting with his Greek and Egyptian counterparts, Nikos Panagiotopoulos and Mohamed Zaki. On November 6, the three Ministers will be in Crete to watch part of the joint military aeronautical exercise of Greece, Cyprus and Egypt “Medusa 9” that got underway on Friday and will wrap up on November 8.

This is the fourth consecutive year that Cyprus takes part in the exercise with its armed forces. More specifically, Cyprus participates in the drill with the Offshore Patrol Vessel (OPV) IOANNIDES, an Underwater Demolition Team and military staff officers.

The Hellenic National Defence General Staff has announced that the aim of the exercise is to further enhance the cooperation of the armed forces of the participating countries, noting that observers from other countries were invited to watch the drill.