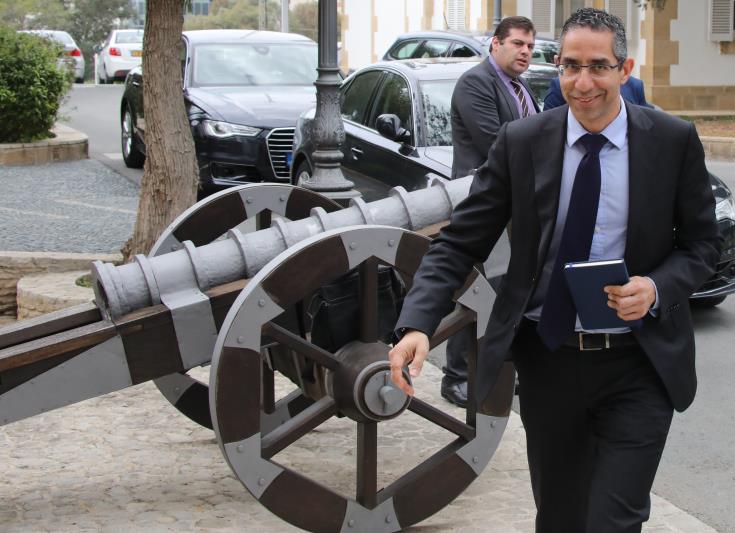 Defence Minister, Savvas Angelides, will brief his German counterpart Annegret Kramp-Karrenbauer on Wednesday about Turkey’s illegal activities in the Republic of Cyprus’ Exclusive Economic Zone (EEZ) and the Eastern Mediterranean.

A press release issued by the Defence Ministry says Angelides will meet with Kramp-Karrenbauer at the Cyprus Joint Rescue Coordination Centre in Larnaca, at 1615 local time. The two ministers will discuss ways to further enhance and upgrade the relations between Cyprus and Germany, focusing on security and defence issues and toe the development of programmes of the Permanent Structured Cooperation (PESCO)

After the meeting the German Minister is expected to visit the German UNFIL contingent in Limassol.

In early October 2019, Turkey, through the state-owned Turkish Petroleum Company, deployed its drilling vessel the Yavuz within the EEZ/continental shelf of Cyprus, in offshore exploration block 7, which has been licensed by the Government of Cyprus to European oil and gas companies (Total and ENI).

The drilling point lies just 44 nautical miles from the coast of Cyprus, within the EEZ/continental shelf of Cyprus, which has already been delimited, in accordance with international law, between the relevant opposite coastal states, namely the Republic of Cyprus and the Arab Republic of Egypt, by means of the EEZ delimitation agreement of 2003. The said drilling operations are planned to continue until 10 January 2020, as set out in an unauthorized navigational warning issued by Turkey.

This is the third consecutive illegal drilling since May 2019, when another Turkish drilling vessel, namely the Fatih, commenced its operations in the EEZ/continental shelf of Cyprus, at a distance of about 36 nautical miles from its western coast. Yavuz, which is now positioned in exploration block 7 of the EEZ/continental shelf of Cyprus, had previously completed another such drilling within the territorial sea of Cyprus, approximately 10 nautical miles from the north-eastern coast of the island Karpas, infringing the sovereignty of the Republic of Cyprus.

By In Cyprus
Previous articleUS Congress ends arms embargo on Cyprus
Next articleNPEs in Cyprus banks down to €9.7 billion in July