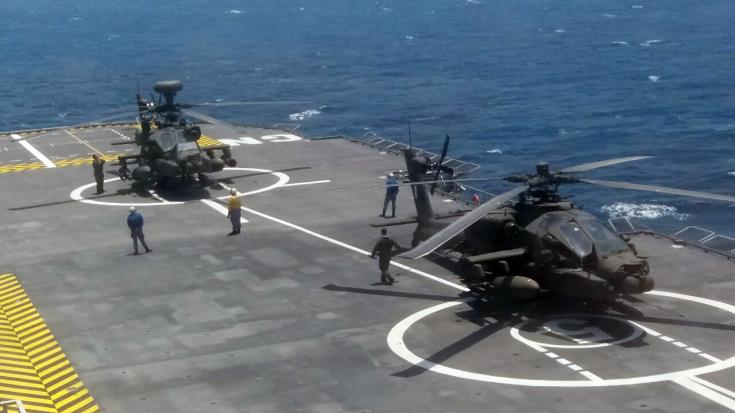 Defence Minister Savvas Angelides is travelling to Crete to attend the final phase of the Aeronautical Exercise “Medousa- 7 “, together with his Greek and Egyptian counterpart

Angelides was invited to attend the exercise, taking place in the sea area off the Greek island, by the Greek Minister of National Defence Panos Kammenos.

Air and naval forces from Cyprus, Greece and Egypt are participating in the exercise. Cyprus participates  with the Offshore patrol Vessel “A. IOANNIDIS “,  an  Underwater Demolition Team and army Officers.

The 4th Intergovernmental Defence Council between Greece and Cyprus will take place following the exercise.  Joint actions and issues of common interest will be discussed at the Council by the Defence Minsters of Cyprus and Greece.

By In Cyprus
Previous articleAgriculture Ministers of Cyprus and Lithuania discuss CAP, trade and research
Next articleBank of Cyprus records losses of €37 million in first 9 months of 2018