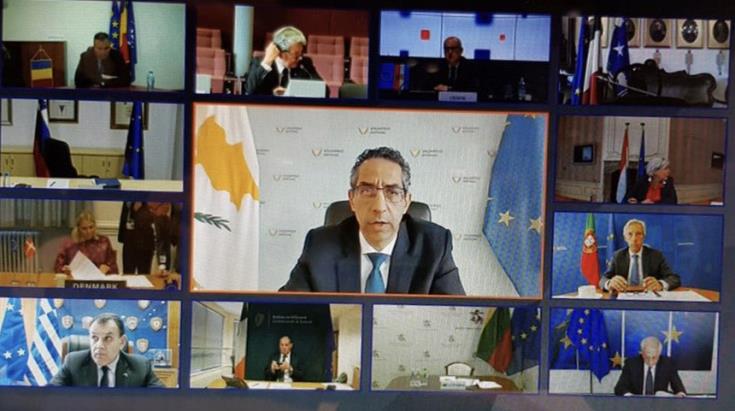 He also condemned Turkey’s persistent offensive activity which results with consequences for security and stability in the wider Eastern Mediterranean region.

Angelides made the remarks during an intervention at the EU Defence Ministers teleconference held on Tuesday where they discussed the implications of the COVID-19 pandemic on security and defence. They also discussed the work carried out by the task force created to facilitate the exchange of information on the national military assistance to civilian authorities in response to the pandemic.

Ministers were also updated on Common Security and Defence Policy (CSDP) missions and operations. The COVID-19 crisis has had implications on the EU CSDP missions and operations in multiple areas, including solidarity, responsiveness, preparedness, capabilities and partnerships.
Finally, Ministers took stock of the pandemic`s strategic consequences on security and defence.
In his intervention, Angelides pointed out how critical the situation is and proposed developing practical mechanisms where there can be a unified response and solidarity among EU member states to achieve a more direct and effective overall management of similar situations. He referred to the help which the Republic of Cyprus offered to EU partners and the need to develop defence cooperation within the EU, despite the financial repercussions of the pandemic.

In the presence of the NATO Secretary-General and the UN Under-Secretary General for peacekeeping operations, Angelides condemned Turkey’s continued offensive activity which results with repercussions to the security and stability in the wider Eastern Mediterranean region. He pointed out the continued illegal drilling in the region and exploitation of human drama by Turkey sending more immigrants to the Republic of Cyprus.
He also referred to the need to implement the operation, dubbed Irini, the Greek word for “peace” that was to be launched in April, to police Libya arms embargo and criticised Turkey for systematically violating the relevant UN Security Council decision.