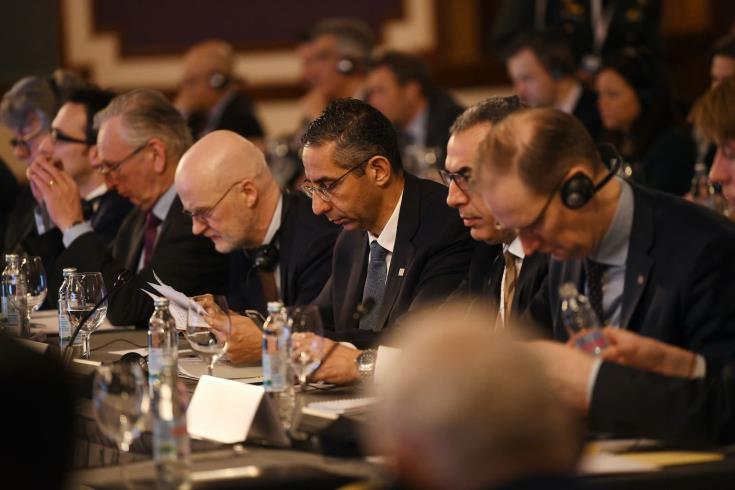 Defence Minister Savvas Angelides has asked EU support for the new migrant influx to Cyprus, during a tete-a-tete meeting he had with High Commissioner Josep Borrell, on the sidelines of the EU Defence Council in Zagreb, on 4 and 5 March.

They agreed for Cyprus to put on table certain suggestions to tackle the issue.

During the Council the EU Ministers discussed  the latest developments in the field of the EU Common Security and Defence Policy and focuses on the defence initiatives strengthening the European security and defence cooperation, the promotion of security and stability in the immediate neighbourhood, facing hybrid and cyber threats, and enhancing the EU-NATO cooperation.

According to a press release by the Ministry, Angelides pointed out during his intervention that it is of utmost importance for the EU member states to comprehend the threats the Union and its citizens are facing.  He also expressed Cyprus’ support to Greece as regards the migrant influxes from Turkey and added that the situation in Cyprus could be as serious since the asylum seekers’ applications amount to more than 3.5% of the whole population of Cyprus.

He added that this is an issue that the EU should handle as it is a threat towards the Union itself.

The Minister had also a separate meeting with his Croatian counterpart Damir Krsticevic, during which they discussed ways to enhance bilateral ties and cooperation in the areas of defence and security.

Defence Ministers from Cyprus, France, Italy and Greece attended a working lunch during which they discussed the migration crisis in Greece and Cyprus and the developments in Cyprus` exclusive economic zone, following Turkey`s provocations.

The Ministers expressed solidarity towards Cyprus and the need to safegurd the law of the sea.

By In Cyprus
Previous articleBreakaway north Cyprus cause of money laundering concern-USSD
Next articlePositive messages for tourism, despite slowdown due to coronavirus