Declassified military documents will be included in the Cyprus File 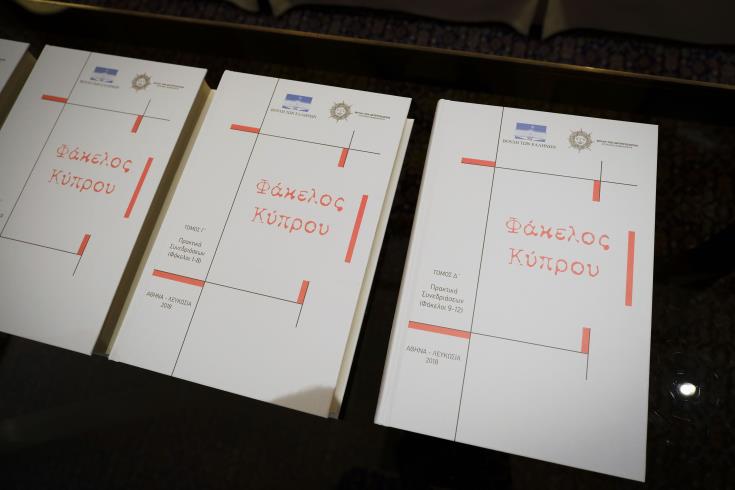 A number of classified documents, containing information about Hellenic National Defense General Staff’s operations in the summer of 1974, have been declassified, in the process of their integration to the Cyprus File.

The documents are expected to be sent to the Hellenic Parliament where they will be included in the Cyprus File.

The decision for the declassification of the documents was announced by the Greek Alternate Minister of National Defense, Panagiotis Rigas, during his meeting with the President of the Hellenic Parliament Nikos Voutsis. As Alternate Minister Rigas explained, the expert committee of the National Defense General Staff, who examined the content of the documents, concluded that they could be declassified in order to be included in the Cyprus File.

During their meeting, Voutsis and Rigas expressed their satisfaction for the declassification and for the efficient completion of this important step regarding the Cyprus File.

The Cyprus File contains evidence and other material collected by the House of Representatives and the Hellenic Parliament regarding the events that shook the island in 1974.