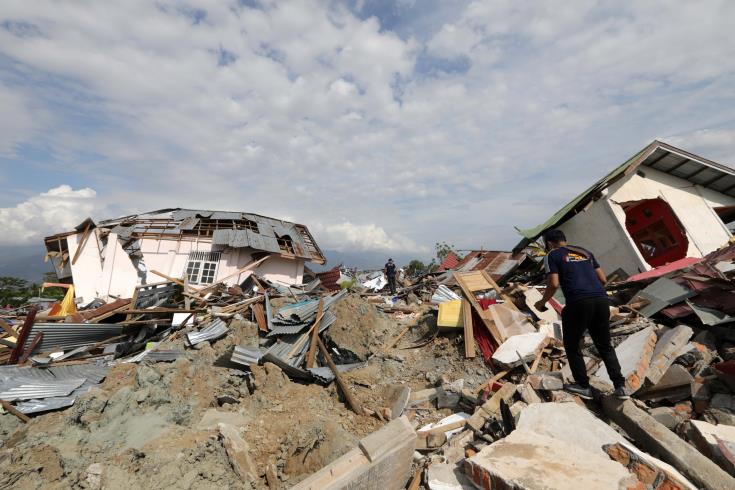 Death toll climbed dramatically to 1,649 in Indonesia, while hundreds of people are still missing, one week after a 7.5-magnitude earthquake and tsunami hit the city of Palu.

Shocking footage in the Balaroa and Petobo neighbourhoods shows the ground turning to mud and thousands of homes being torn apart and sucked into the earth as the natural disaster struck last week.

With the search still going – and as many as a thousand people still potentially missing – there are fears that vast numbers of decomposing bodies may still be buried beneath the city and could contaminate the rescue workers.

Officials said the the worst-hit areas would have to be declared mass graves and left untouched, with rescue workers vaccinated amid fears they could contract diseases such as typhoid or cholera.