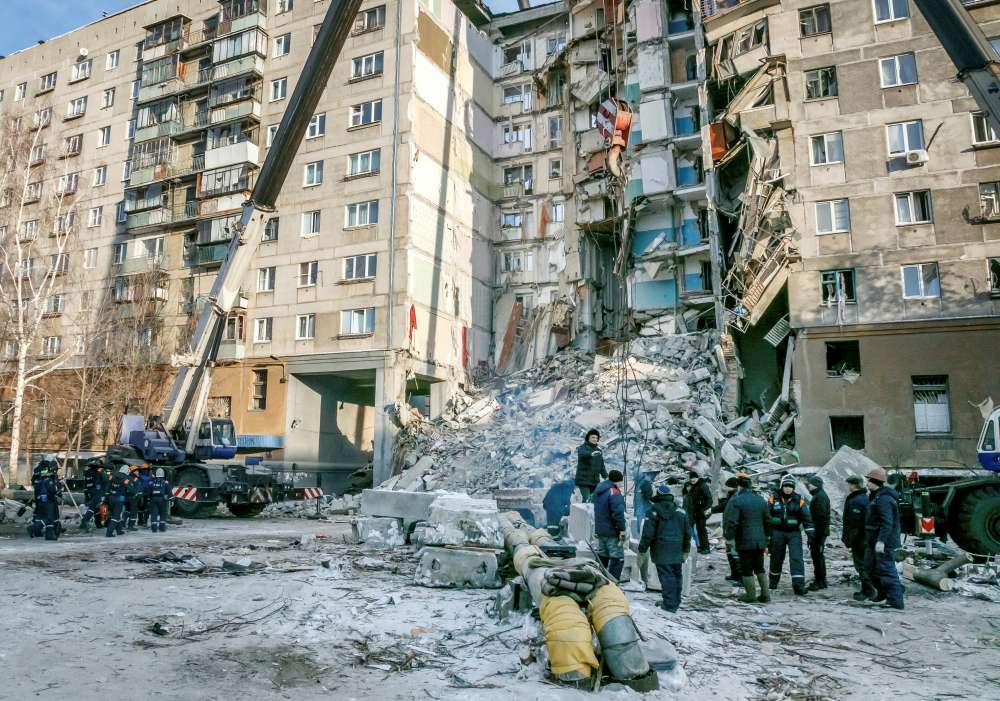 Thirty-seven bodies have been recovered from the rubble of a Russian apartment building that partially collapsed this week after an apparent gas explosion, Russian news agencies reported on Thursday.

The blast in the early hours of December 31 damaged 48 apartments in a 10-storey building in the industrial city of Magnitogorsk, some 1,700 km (1,050 miles) east of Moscow.

The death toll has progressively risen in the past few days as rescuers battle blisteringly cold temperatures to recover people trapped under the rubble.

As of Thursday morning, the bodies of 22 of the 37 dead had been identified, agencies cited the local branch of the emergencies ministries as saying.

Russia’s Investigative Committee, which probes major crimes, has said it is still investigating the exact cause of the blast.

It said no traces of explosives had been found at the site. Initial reports attributed the blast to a gas explosion.

Gas explosions are relatively common in Russia because of ageing infrastructure and poor safety regulations surrounding gas use.