Death toll from attack on Mali herders rises to 157 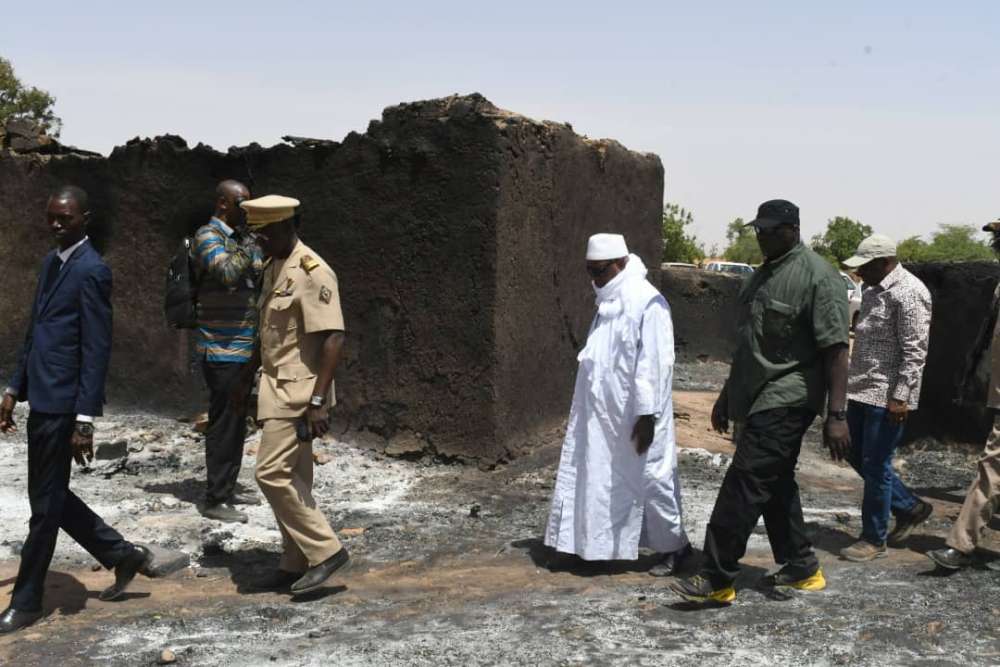 The death toll from Saturday’s attack by gunmen on villagers in central Mali has risen to 157, a government spokesman said, confirming it as one of the worst recent atrocities in a country beset by ethnic violence.

The attack, in which women and children were burned in their homes, marked an escalation in violence between Dogon hunters and Fulani herders that killed hundreds of civilians last year and is spreading across Africa’s Sahel, the region between the Sahara to the north and the continent’s savannas to the south.

“The official death toll is 157,” government spokesman Amadou Kotia said late on Tuesday. Officials on Saturday said that about 134 had been killed, though they expected that number to rise.

The Prosecutor of the International Criminal Court, Fatou Bensouda, said this week that the crimes may fall under the court’s jurisdiction and that a delegation will be sent to Mali. A U.N. Security Council mission was already visiting the former French colony to seek solutions to the violence when the attack took place.

An official from a nearby town said on Saturday that armed men, dressed as traditional Dogon hunters, attacked villages populated by Fulani herders. The Dogon suspect the Fulani of harbouring Islamist extremists, charges the Fulani deny.

The attack came less than a week after an assault by jihadists on an army post killed at least 23 soldiers, also in Mali‘s central region. That attack was claimed by an al Qaeda affiliate.

Tacit outsourcing of the fight against jihadists to vigilante groups with scores to settle has unleashed ethnic violence across the Sahel. In neighbouring Burkina Faso at the end of December, an ethnic Mossi militia group killed dozens of Fulani in revenge for the killing of a village chief by jihadists.

Malian President Ibrahim Boubacar Keita responded to the attack by replacing two generals and disbanding an anti-jihadist vigilante group called Dan Na Amassagou, whose Dogon fighters were suspected of being behind the massacre.

The group has denied its members were involved and rejected the government’s dissolution.

“We will continue to exert our activities as per usual, ensuring the protection of populations until the state decides to live up to its security role,” Dan Na Amassagou spokesman Marcelin Guinguere told Reuters.

He said the attack was carried out by Fulani-led jihadists disguised as Dogon.

Jihadist groups linked to al Qaeda and Islamic State have exploited ethnic rivalries in Mali and its neighbours Burkina Faso and Niger in recent years to boost recruitment.

Some 4,500 French troops are based in the Sahel, most of them in Mali. The United States also has hundreds of troops in the region.

By In Cyprus
Previous articleTusk urges European Parliament to consider long Brexit delay
Next articleCyprus Backstop? Ireland is not the only island with Brexit muddle