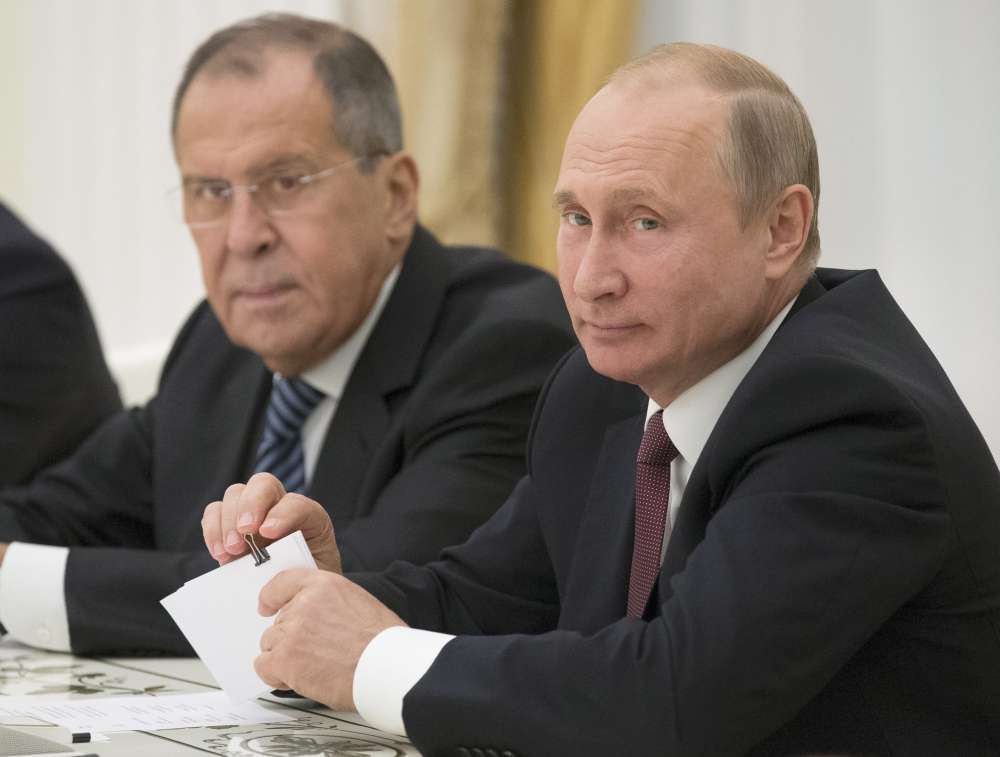 Moscow and Washington struck a deal on Wednesday to hold a summit soon between Russian President Vladimir Putin and U.S. President Donald Trump, a move likely to worry some U.S. allies and draw a fiery reaction from some of Trump’s critics at home.

Kremlin foreign policy aide Yuri Ushakov, speaking after Putin met U.S. National Security Adviser John Bolton in the Kremlin, said the summit would take place in a mutually convenient third country and that several more weeks were needed to prepare for it.

Moscow and Washington will announce the time and place of the summit on Thursday. In Washington, Trump said their meeting likely would take place after a July 11-12 summit of NATO leaders he is due to attend.

Trump confirmed that Helsinki was a possible site. Other officials said the Russians were pushing for the summit to be in the Austrian capital of Vienna.

Trump listed Syria and Ukraine among the many subjects he said they would discuss. His list did not include warnings from U.S. intelligence officials that Russia will try to interfere in U.S. congressional elections in November.

The two men last met in November on the sidelines of an Asia-Pacific summit in Vietnam. After those talks, Trump said he believed Putin’s denials Russia had meddled in the 2016 U.S. presidential election – remarks Trump later backed away from.

A summit could irritate U.S. allies who want to isolate Putin, such as Britain, or who are concerned about what they see as Trump’s overly friendly attitude toward the Russian leader.

It is also likely to go down badly among critics who question Trump’s commitment to the NATO alliance and fret over his desire to rebuild relations with Moscow even as Washington tightens sanctions.

“It is entirely possible for a U.S.–Russia summit to be constructive, but I’m very concerned that after his recent performance at the G7 in Canada, President Trump will once again clash with our closest allies at the upcoming NATO summit, only to then engage in fawning photo ops with President Putin afterwards,” Democratic Senator Chris Coons said in a statement.

Ushakov, who said the Kremlin was pleased with how Bolton’s visit had gone, said Putin and Trump were likely to talk for several hours. He spoke of a possible joint declaration on improving U.S.-Russia relations and international security.

Bolton, a lifelong hawk who warned last year before his own appointment that Washington negotiated with Putin’s Russia at its peril, robustly defended the summit. He said many European politicians had met the Russian leader.

“A lot of the president’s critics have tried to make political capital out of theories and suppositions that have turned out to be completely erroneous. I think the president determined that despite the political noise in the United States that direct communication between him and President Putin was in the interests of the United States,” Bolton told reporters.

Since then, already poor ties between Washington and Moscow have deteriorated over the conflict in Syria and the poisoning of a former Russian spy in Britain which sparked big diplomatic expulsions in both countries.

Expectations for a summit are therefore low, even though Trump said before he was elected that he wanted to improve battered U.S.-Russia ties.

A special counsel in the United States has indicted Russian firms and individuals as part of a probe into possible collusion between Russia and Trump’s 2016 presidential campaign. Trump denies wrongdoing and calls the investigation a “witch hunt.”

Putin told Bolton on Wednesday that U.S.-Russia relations were not “in the best shape,” something he put down to domestic political tussling in the United States.

“But your visit to Moscow gives us hope that we can at least take the first steps to restore full-scale relations between our states,” he said. “Russia never sought confrontation.”

Bolton told reporters he expected Moscow’s meddling in U.S. politics to be discussed at the summit. He said he did not rule out Trump discussing Russia rejoining the G7 to make it the G8 again.

Ushakov said the subject of U.S. sanctions on Russia had not come up on Wednesday and named four main summit themes: strategic nuclear stability, the fight against international terrorism, regional issues like the Ukraine and Syria conflicts, and U.S.-Russia ties.

The United States initially sanctioned Russia over its 2014 annexation of Ukraine’s Crimea region and its backing for a pro-Russian uprising in eastern Ukraine. Subsequent sanctions have punished Moscow for what Washington has called its malign behaviour and meddling in U.S. politics.

Bolton said he did not necessarily expect the summit to produce specific outcomes.

“I don’t exclude that they will reach concrete agreements, but there are a lot of issues to talk about.”