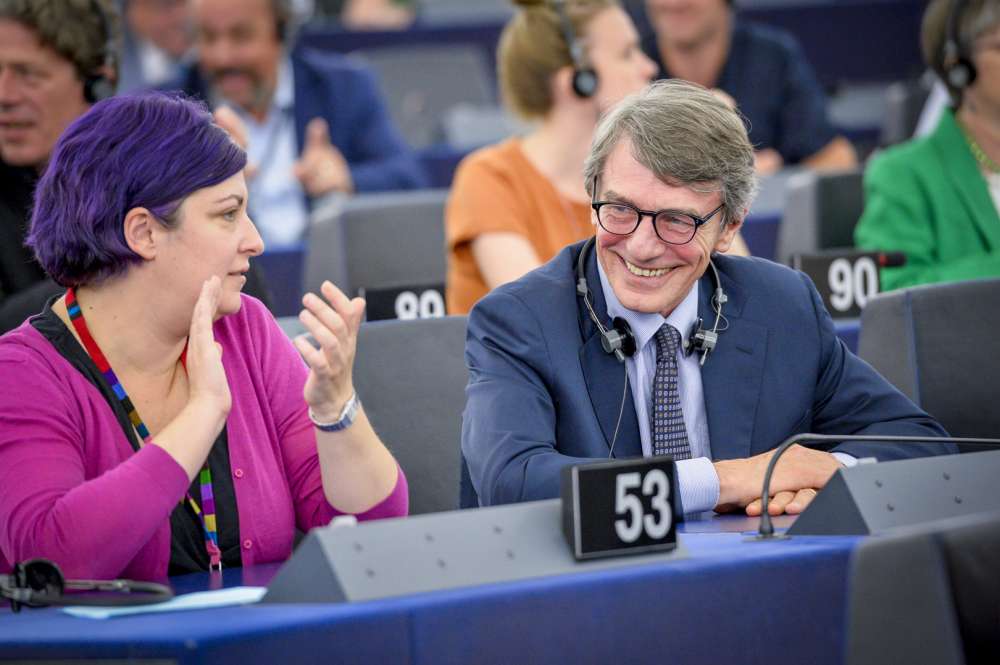 MEPs elected David Sassoli as President of the European Parliament on Wednesday afternoon, having won 345 out of 667 valid votes in the second round.

David Sassoli was born in Florence on May , 30, 1956. As an Italian MEP since 2009, he was re-elected on a Partito Democratico list in Central Italy in May 2019 for a third term. He will lead Parliament until January 2022.

In a brief address to the European Parliament in Strasbourg immediately after the vote, President Sassoli thanked the 9th legislature MEPs for their confidence in him.

He then said: “In these months, too many people have fuelled divisions and conflicts that we thought were a sad reminder of our history. Instead, the citizens have shown that they still believe in this extraordinary path, the only one capable of providing answers to the global challenges before us.”

“We must have the strength to relaunch our integration process, changing our Union so to be able to respond more strongly to the needs of our citizens and give real answers to their concerns, to their increasingly widespread sense of loss.”

Sassoli also underlined the priorities that the Parliament will have to pursue in the coming years. “We are immersed in momentous transformations: youth unemployment, migration, climate change, the digital revolution, the new world balance, just to name a few, which need new ideas and courage”.

A full version of the President’s address is available here

David Sassoli was elected at the second round of voting. The result of the votes was as follows:

Four candidates stood for election, who presented their vision for their leadership of the House in five-minute speeches.

To view the videos of the candidates’ speeches, click on their respective names below.

Statement by David SASSOLI (S&D, IT)

Under Rule 15 of Parliament’s Rules of Procedure, candidates for the presidency may be put forward either by a political group or by 1/20th of Members, i.e. 38 MEPs (“low threshold” introduced by the revised Rules of Procedure). The election is held by secret ballot. To be elected, a candidate must win an absolute majority of the valid votes cast, i.e. 50% plus one (Rule 16). Blank or spoiled ballots do not count in calculating the majority required. If no candidate is elected in the first ballot, the same or other candidates can be nominated for a second round under the same conditions.

The votes to choose Vice-Presidents and Quaestors will take place on Wednesday afternoon and Thursday morning, respectively.