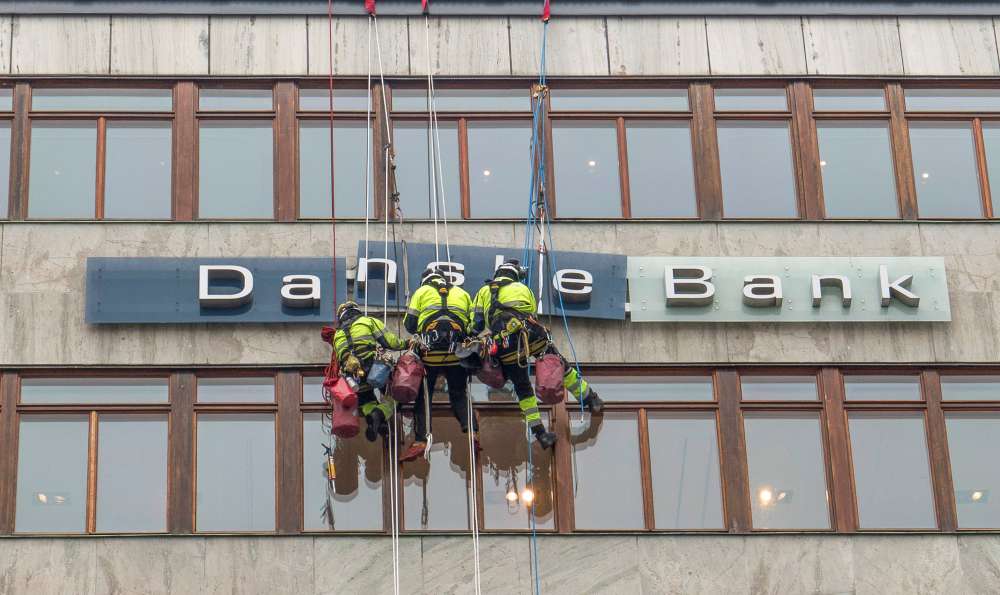 Almost all the money that flowed through Danske Bank’s Estonian branch passed through banks in the United States, the whistleblower who brought to light an alleged 200 billion euro ($228 billion) money laundering scandal said on Wednesday.

“In my estimate 80-90 percent of the money that went through Danske Bank ended up in dollars leaving through U.S. correspondent banks into the financial system,” Howard Wilkinson, a Briton who used to work for Danske Bank, said at a public hearing at the European Parliament in Brussels.

In the widening scandal, authorities in Denmark, Estonia, Britain and the United States are investigating payments made through the tiny Estonian branch of Denmark’s biggest bank between 2007 and 2015.

Wilkinson, who headed Danske Bank’s Baltics trading unit from 2007-2014, highlighted the use of British limited liability partnerships (LLPs) to hide the beneficiaries of the payments in the alleged money laundering.

Britain’s National Crime Agency (NCA) has said it is investigating the use of one of these vehicles following the Danske Bank revelations.

Wilkinson also criticised coordination and clarity of responsibility between agencies in Denmark and Estonia when asked why it had taken so long for them to act.

“I genuinely think there are some issues of misconduct that need to be investigated as well,” he said.

The U.S. tax code, which covers illegal offshore banking and money laundering, and the Dodd-Frank Act, which covers the financial services industry, publicly traded firms and most banks, are what the European Union should be looking at, Kohn said in a written response to questions from EU lawmakers.

“These laws have … resulted in significant increases in the detection and enforcement of laws prohibiting money laundering, financial crimes and tax evasion,” he said.

Europe must enact effective laws that will encourage employees to report financial crimes to the appropriate authorities at the earliest possible time, he said.

A government agency where whistleblowers can report confidentially or anonymously should be established, he said, as well as payments of 10-30 percent of the proceeds obtained from wrongdoers to incentivise whistleblowers to step forward.

Increased protection for whistleblowers against retaliation, and remedies to compensate them for loss of reputation and income and emotional distress, is also recommended, Kohn said.

The scope of so-called nondisclosure agreements that are used in employment agreements or severance agreements, must be restricted in scope to avoid any prohibition against an employee’s right to disclose misconduct and fraud, he added.