Damages all over Cyprus due to bad weather last night 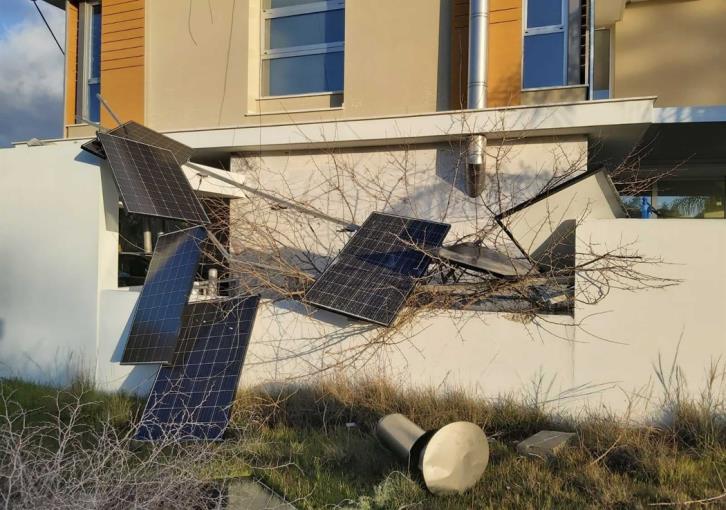 In Larnaca District, damages were caused in a hotel and residences in Pervolia. Moreover, trees were uprooted and electricity poles were cut.

According to the Police, 30 minutes after midnight, they received information about wreak havoc in the area of Faros, Pervolia, near E-Hotel, due to the extremely bad weather. Members of the Police, who went to the area, saw uprooted and cut trees in the streets, as well as signs, and pieces of fences all over the place, while the south part of the hotel that is now closed due to the pandemic, had suffered a lot of damage. Doors have been broken, part of the wall has been removed, windows have been shattered and fences have been broken.

Houses in the surrounding area have also suffered damages.

Moreover, members of the Police responded to several cases of emergency all over Cyprus: In Skarinou, part of the road was closed due to the fact that four trees were cut and fell into the street. Also part of the Limassol-Larnaca highway was closed due to a large piece of a roof of a shack that fell there.

Furthermore the strong winds affected cables of the Electricity Authority causing power cuts in several areas. Crews of the authority have been working since early this morning to restore power. Damages occurred also in areas of Nicosia, like Nea Ledra.

In Limassol, most damages occurred in the community of Parekklisia.