Damage in occupied north due to heavy rains and storms 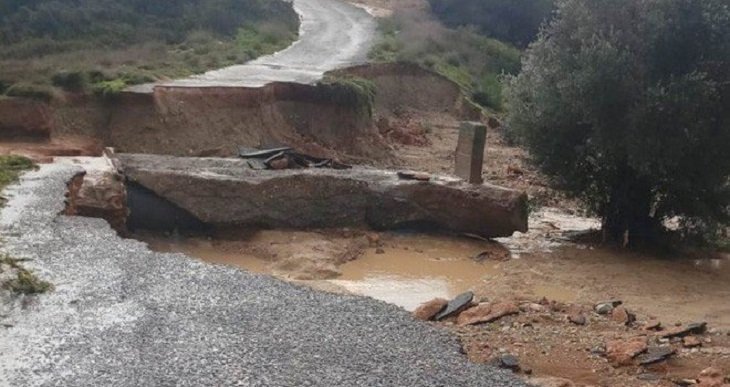 Turkish Cypriot media have reported considerable damage in the villages of Dikomo, Lapithos and Karpasia in the occupied north as a result of Wednesday’s  heavy rainfall.

According to Turkish Cypriot daily Diyalog, streams in Karpasia flooded, some roads and bridges collapsed and many buildings sustained damage. The road linking occupied Trikomo with Karpasia partially collapsed.

The paper writes that ‘the 40 years of neglect for the area caused the damage.’

In a similar tone, under the headline: “Bankrupt of infrastructure”,  Kibris notes that every week another region is victimised due to neglected roads and buildings.