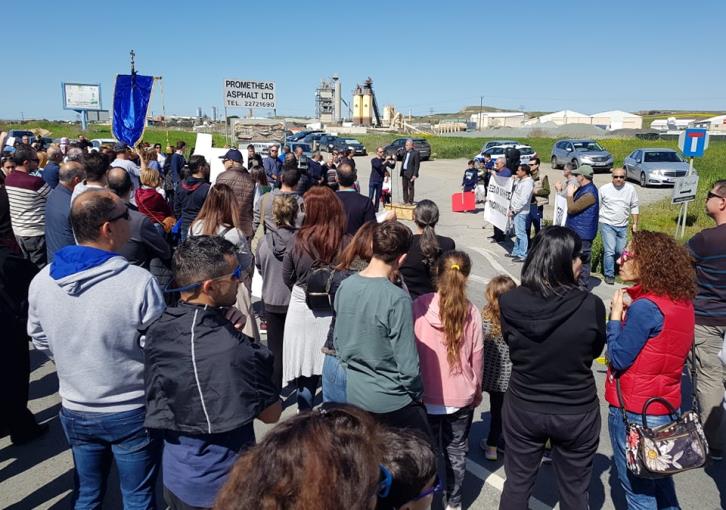 Political party representatives and teachers joined the peaceful protest outside one of the factories.

This is to be followed by legal measures jointly reviewed by the residents and Dali Municipality.

The action plan was announced a couple of weeks ago by the Movement for the Quality of Life after an open meeting at one of the affected schools.

In the meantime, the residents are waiting to see the measures to be taken by an inter-ministerial committee that was set up back in October to tackle the issue. The Committee comprises four ministries.

School children have been facing this problem for a long time, with gases and fumes from the factories affecting their health and quality of life.

Incidents of headaches, dizziness, sore throat, cough and retching have been systematically reported.

In addition to the two measures already announced, the residents are also considering the possibility of taking this issue before the European Parliament.