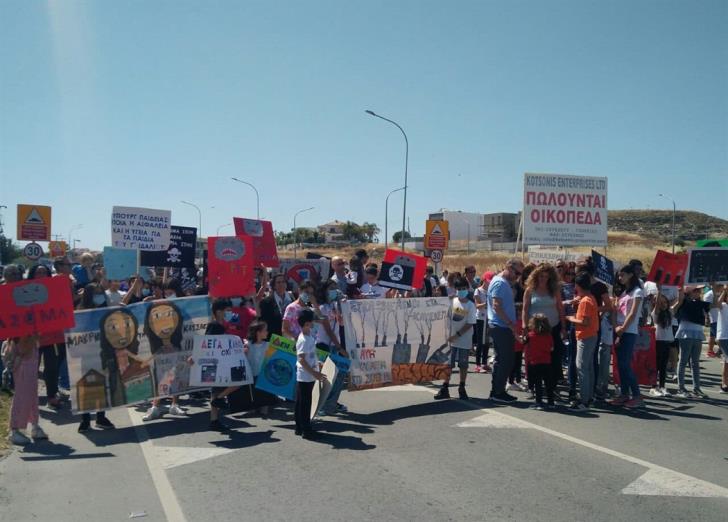 Dali residents staged a protest rally to press on with their demand to address problems caused by air pollution in the area.

They complain about bad ordour in the area and a stifling atmosphere, as a result of various industrial units operating in Latsia, Geri, Tseri, Dali and Pera Xorio Nisou.

People living in Agiou Konstantinou and Eleni area of Dali say that, in spite of continuous effort to address the problem, the atmosphere remains stifling. They also say the state has no plans to remove the industrial units from the area.

They demand compensation and the immediate removal of two specific industrial units, they want heavy industrial zones to be changed to light and ask for an air measuring unit to be permanently installed in the area.