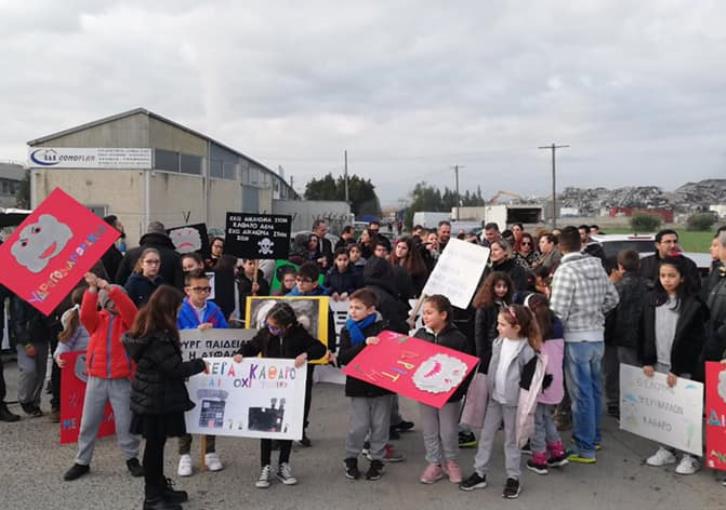 Pupils from C’ Dali primary school abstained from classes for one hour this morning protesting air pollution from nearby factories, philenews reports.

The protest, organised by the school’s parents’ association, took place outside a tar factory in Geri area this morning with the participation of pupils, parents, and teachers.

Protesters were holding placards and shouting slogans defending their right to clean air. 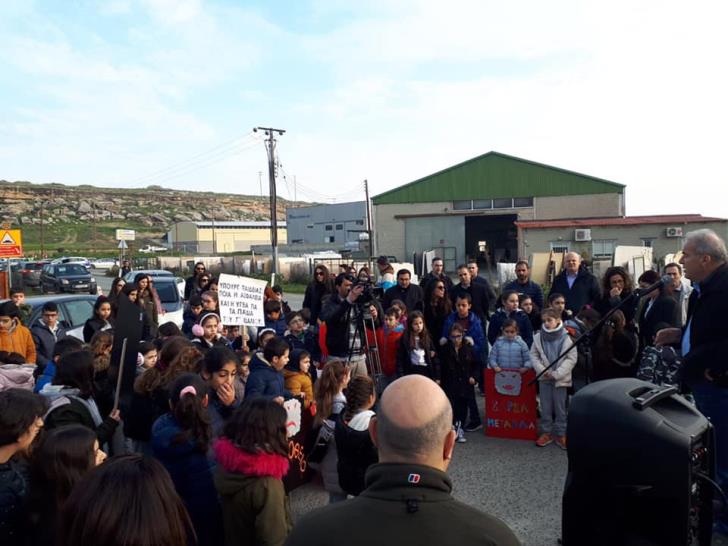 Approximately 250 pupils have obtained a signed consent from their parents to change schools in case the air pollution issue persists with the start of the new school year. 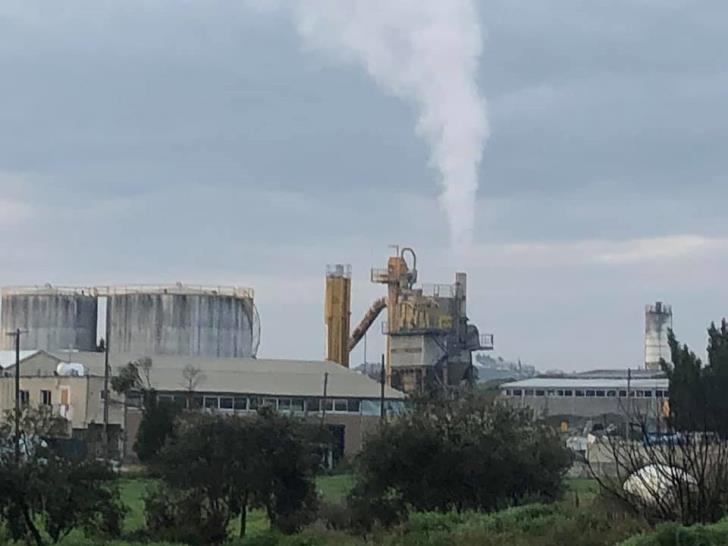 The school is within the limits of Latsia, Geri, Tseri, Dali, and Pera Chorio Nisou industrial areas, while some of the polluting factories are right next to the school, negatively affecting pupils as well as locals.

A teacher from the school took to social media yesterday to express her frustration, extending a plea to be heard.

“Today the atmosphere in the school was suffocating. I was holding my two children by the hand, and I could feel my stomach churning. We covered our noses and entered our schools — the primary school and the kindergarten.

“I felt like I was going to faint. We, teachers, are desperate. Wanting to send the children home but having no authority to do so.

“In class, the smell is even worse. I open a window, I feel faint, I apologise to the children. I try to begin class. I ask them to tell their parents what we are going through.

“Soon the children will complain about headaches, dizziness, throat burns, coughing, wanting to vomit. Like they do every time the smell comes,” the teacher wrote. 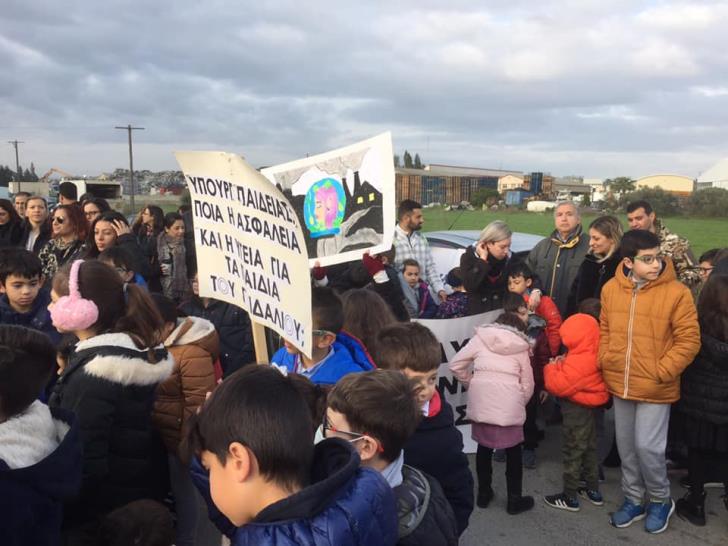 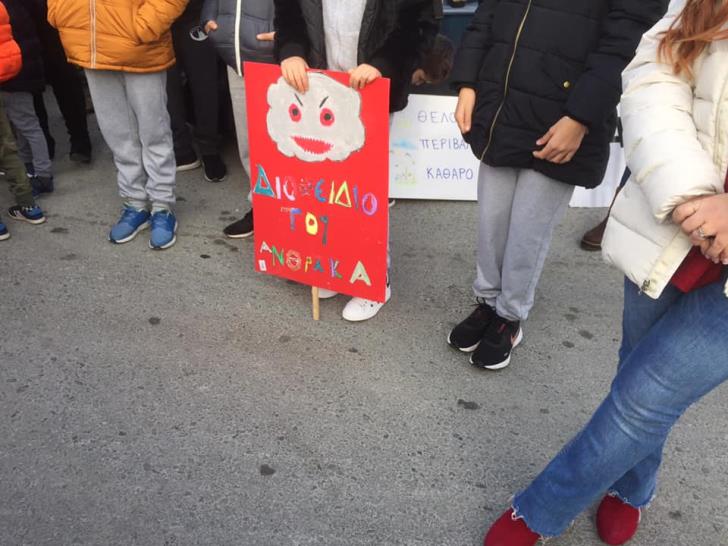 PROTEST AGAINST QUARRIES AND FACTORIES IN PAREKKLISIA

Meanwhile, Parekklisia residents in Limassol have blocked the roads leading to the local quarries and factories protesting air pollution.

The Parekklisia community council stated that “these units are causing trouble to our community, including the danger of health issues from the polluting gases and the dust.” 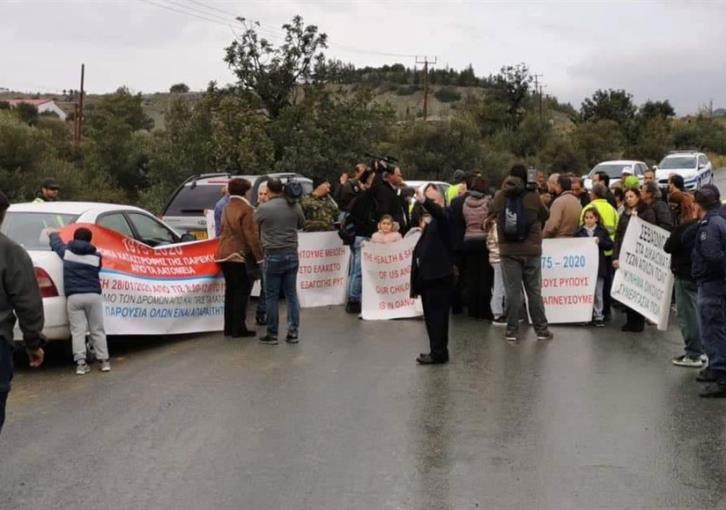