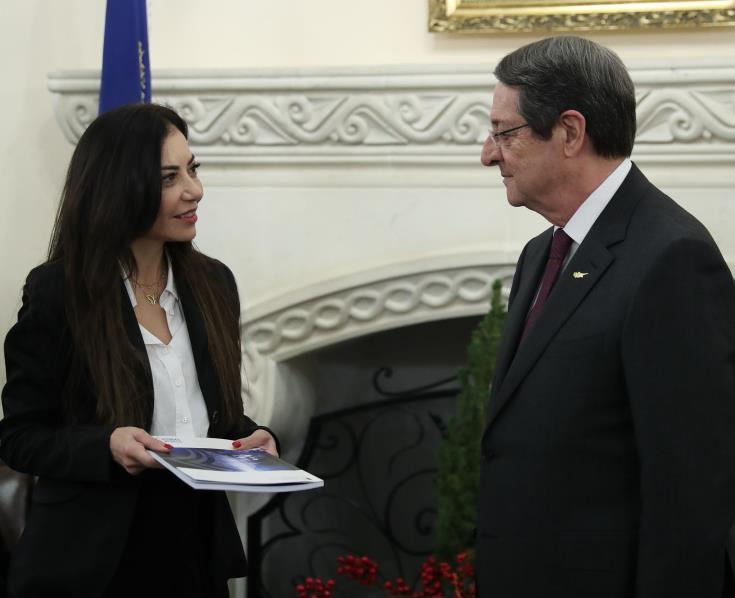 Cyprus Securities and Exchange Commission (CySEC) has imposed fines of a value of €7.5 million in 2018, its Chairwoman Demetra Kalogerou told Cyprus President Nicos Anastasiades on Monday, who noted that having strict checks in place safeguards the state’s credibility.

Kalogerou, who was presenting President Anastasiades with the Commission’s report for 2018 said the report outlines many actions which have been completed and others which will be completed within 2019 and 2020.

“We have completed many supervisory checks in anti-money laundering issues, which is the first matter of concern for us as regards many of the companies under our supervision,” the CySEC Chairwoman said.

She added that the Commission has also completed many other supervisory activities which have to do with all the companies under its supervision about all other matters provided by the legislation.

CySEC, Kalogerou noted, has in quite a few cases made comments which should be observed and has imposed fines.

In the context of its oversight checks, CySEC has imposed in 2018 about €7.5 million in fines which are disbursed in the national accounts.

Kalogerou said that growth has been particularly strong in the area of asset management, which has seen a growth of over 100% in the last two years. She further expressed the hope that this growth will continue in the coming years.

She also spoke of new funding tools and gave the example of crowdfunding. Platforms which are licensed by CySEC will be able to help out start-ups and companies which are not able to get funding from banks, she explained.

Therefore, she said, it is another tool to be used for funding small and medium sized companies, adding that it is expected that this new tool will be officially launched before Christmas.

On his part, accepting the report Cyprus President, congratulated Kalogerou for CySEC’s work.

“Certainly, strict controls guarantee the state’s credibility,” he noted, adding that the growth observed in new areas of activities is not random but rather a result of the  Commission’s successful work.

“I would like to believe that you will work with the same enthusiasm and determination to establish Cyprus as an important financial services hub,” President Anastasiades said.

Particularly, he added, by extending its activities. “Through the credibility it has gained, I believe that the CySEC has contributed significantly in reaching our goal, that is to say to have various alternative sources and activities in our economy so that we can achieve the consistent sustainable development which has been observed in recent years.”