Cyprus will review possible Brexit extension request with good will 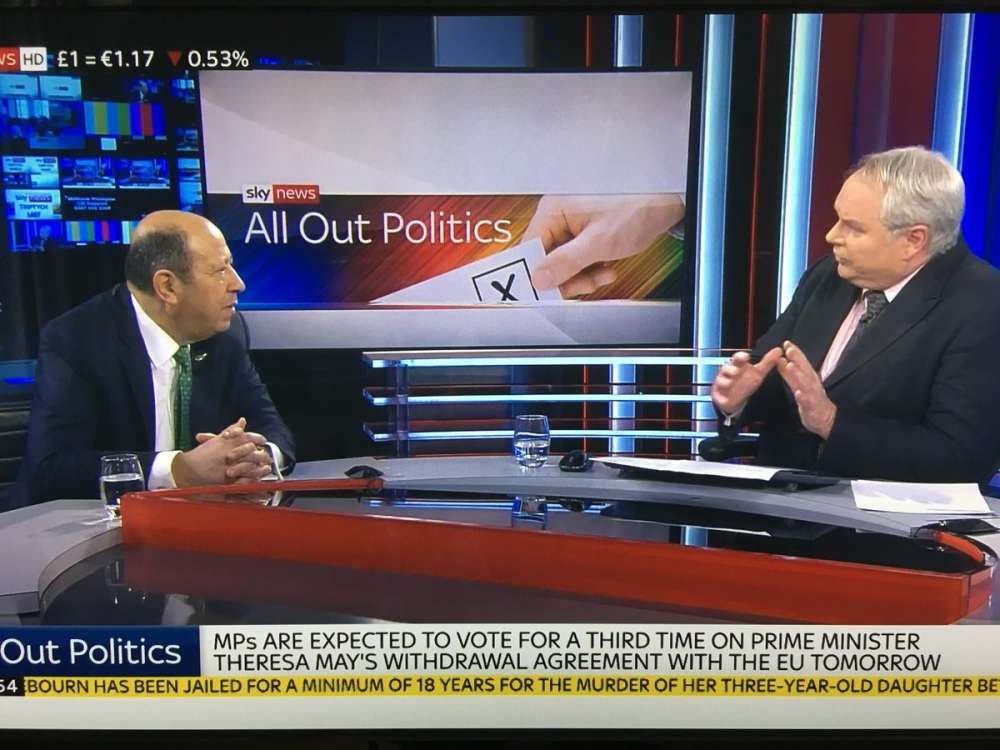 Cyprus is reviewing Brexit both from a national perspective and in coordination with its partners in the EU, Cyprus’ High Commissioner in London Evripides Evriviades told  Sky news on Monday.

According to the Cyprus News Agency, Evriviades said Nicosia will examine a possible request from London to extend Article 50 with good will. And he said he did not anticipate any problems with Cyprus and its partners accepting a reasoned  ‘technical’ extension to Brexit.

Should the request be for a longer extension, Evriviades said the EU’s response would depend on the details of the extension.  Cyprus would view such request with good will, he said, but noted that a decision requires a unanimous decision of the EU 27.

The High Commissioner said the UK’s decision to withdraw from the EU concerned the people of Britain and its elected representatives. “We had an opinion, but we did not have a say,” he said.

And he voiced admiration for British democracy and the resilience of its democratic institutions.

While expressing the regret of Cypriots that the UK was withdrawing from the EU, he said the decision was fully respected.

As regards the British Bases in Cyprus, he said nothing would change adding that the everyday lives of people living and working in the SBAs needed to be safeguarded so that they are not at a disadvantage compared to Cypriot citizens living on the rest of the island.

The High Commissioner also referred to Cyprus’ status as a Commonwealth member, noting that after Brexit Cyprus and Malta would be the only countries members of both the EU and the Commonwealth.

Cyprus was proud of its membership of the Commonwealth which it sees as a force of good in international relations, he concluded.

Brilliant to see High Commissioner for #Cyprus to the #UK @eevriviades speaking on @SkyNews with @adamboultonSKY this morning.

Covered all things #Brexit: potential for Article 50 extension, impact on ??& ??, importance of @commonwealthsec as force for good in the world pic.twitter.com/do0x9fpvYL

— National Federation of Cypriots in the UK (@UKCypriotFed) March 18, 2019