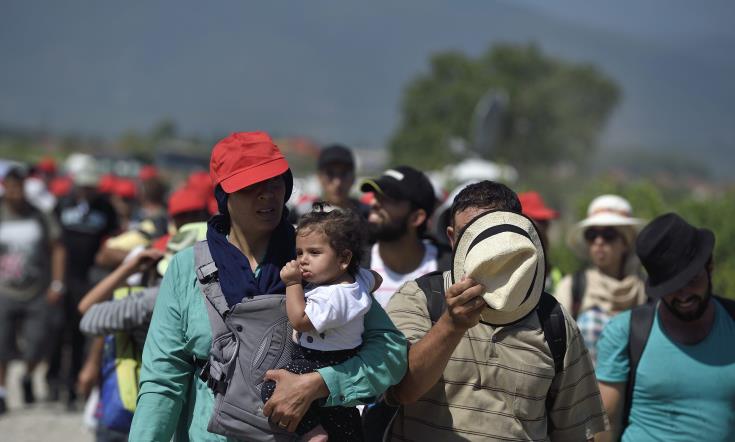 “Migration is proving to be the most crucial issue for this European Council, but also for the EU,” Government Spokesman Prodromos Prodromou, told the press in Brussels after the first day of the European Council and the summit on Article 50 for Brexit.

He also pointed out that there is also pressure on Turkey to recognise the Republic of Cyprus and all the member states.

In particular, referring to the decision that the EU28 had reached at dawn, Prodromou stressed that “after a long meeting, there was finally a compromise, among the sensitivities of the states mainly of the South, which are mainly the countries with the most pressure from the waves of immigrants and asylum seekers, and those in the EU`s innermost regions who tend to demand stricter border controls.”

This, he added, “is a compromise proposal which includes, among other things, the creation of some new reception centres, the so-called controlled centres on European territory for asylum seekers.”

Prodromou also noted the significance of the fact that “with this proposal the compromise reached would avoid the unprecedented flow towards the Union similar to 2015, but in addition to this compromise, there is also a need for a permanent ground for conciliation and for a solution to be found, and simultaneously blunt centrifugal trends that are developing within the EU.”

He further stressed that “we must make particular note of the fact that, in the broader context of the decisions taken, it is important that the agreement on the readmission of refugees linking Turkey with the EU is reworded with the clear wording that Turkey must apply this agreement towards all member states without exception, and this precisely means the Republic of Cyprus.”

“So, there is pressure on Turkey to recognize the Republic of Cyprus and all the member states,” he said.

Finally, the spokesman, referring to the Eurozone summit, stressed that “at the same time, another development at the level of the eurozone is the proposal that appears to create a Eurozone budget so that we move on to a more coordinated function and structures that allow for the Union to cope with future crises in the region.”

He also pointed out that the Cyprus Government and the Republic of Cyprus, “sees this proposal positively, subject, of course, to some particular forms of budget financing that may involve tax issues for which our country has sensitivity. ”

“And of course, the common understanding and the placement of our own side is that it will be necessary for the Eurozone and in the context of the programmes that will emerge through a common budget to deal with seasonal difficulties faced by member states and that necessary corrective measures come hand in hand with aid,” the Spokesman concluded.