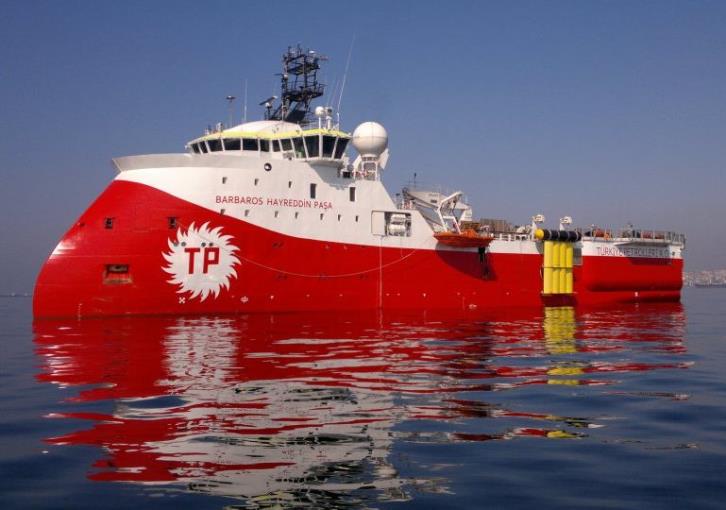 The reaction came after Turkey issued a new Navtex for seismic survey within the divided island’s EEZ until February 16 by the Barbaros and its support vessels TANUX 1 and Apollo Moon.

“This action constitutes a violation of the international law and maritime safety procedures and it is also a criminal offence under the laws of the Republic of Cyprus,” Nicosia’s Navtex said.

“The Republic of Cyprus demands from the ship Barbaros Hayredin Pasa to immediately cease its illegal actions,” it added.

Turkey, which still occupies part of EU-member Cyprus since a 1974 invasion, claims that hydrocarbon-related activities off the island aim at safeguarding the Turkish Cypriots’ rights, accusing the Greek Cypriot side of trying to usurp them. (CNA)