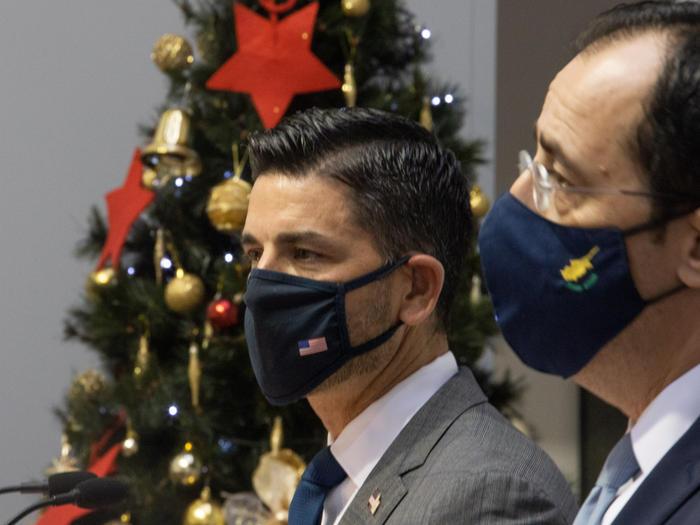 Cyprus and the United States of America on Tuesday signed in Nicosia a Declaration of Intent on strengthening cooperation on border security issues.

“Today, we reiterated our firm commitment to keep driving forward the partnership between the two countries. The partnership between the two countries is based on a positive agenda – to the benefit of our peoples and in the interest of security and stability in the broader region of the Eastern Mediterranean and the Middle East,” Christodoulies said.

“It is against this backdrop of expanding cooperation that we have just signed a Declaration of Intent on strengthening our cooperation on border security issues, with a view to enhancing our capacity to counter common threats and foster stability in the region,” he added.

Christodoulides also said that the growing cooperation in the context of the trilateral nexus of regional synergies and the 3+1 format with Greece and Israel was very much worth noting.

Wolf, who is leaving the island later on Tuesday also held talks with Interior Nicos Nouris and Justice and Public Order’s Emily Yiolitis.

On Monday, Wolf attended the ground-breaking ceremony of CYCLOPS, the Cyprus Center for Land, Open-Seas and Port Security in Larnaca.