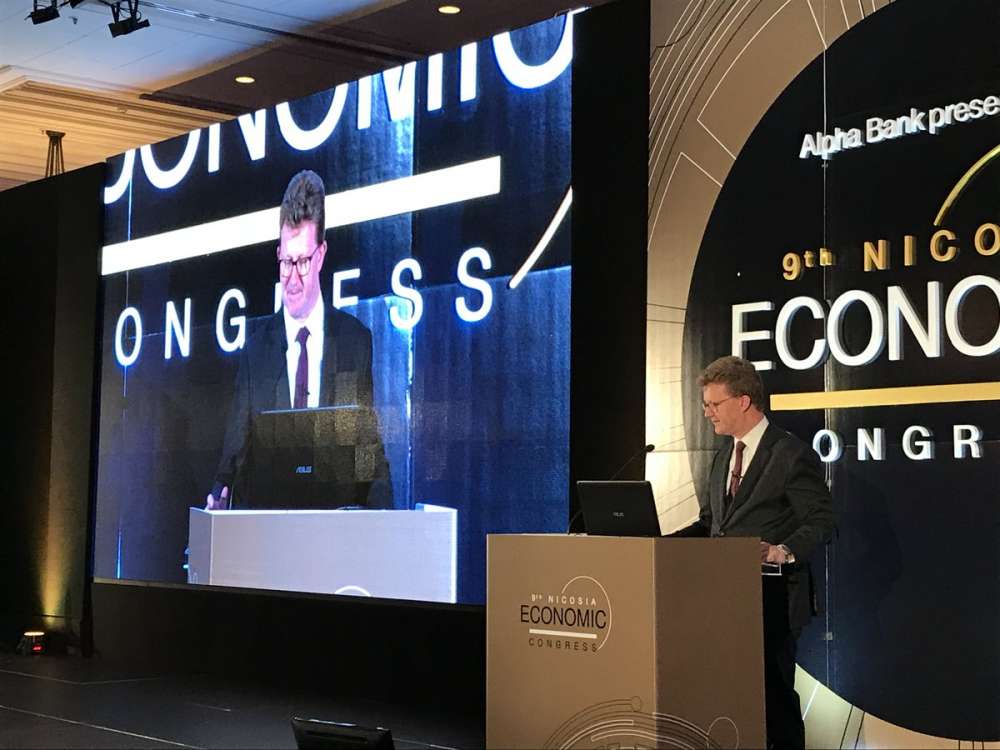 British High Commissioner to Cyprus Stephen Lillie said Thursday that Cyprus – UK relations were bigger than Brexit. He was speaking during the 9th Nicosia Economic Congress on “The Cyprus Economy, the way forward. ”

Lillie said he was confident that whatever happens with Brexit, the UK Government would be committed to continue a strong, close and forward-looking relationship between the UK and Cyprus. As he said, the relationship had strong foundations and strong substance.

He also said that avoiding no deal Brexit was important for the two countries relations as no deal would be disruptive.

He also said that the UK was committed to retaining the withdrawal agreement, something that is very important to protect citizens rights both for Cypriots in the UK and British in Cyprus.

He also said that the combination of the withdrawal agreement and the political declaration represented a positive outcome for UK – Cyprus relations because it provided for a close business relationship between the two countries for study, tourism and temporary business activity.

“Our bilateral relations, founded on historic links, strong people to people connections & an exceptional range of cooperation, are currently at a high point. Despite the uncertainty, #Brexit won’t alter this”
BHC⁦⁩ addresses the 9th Nicosia Economic Forum #Cyprus #UKCYties pic.twitter.com/aMEM1ToGbO

He also expressed the determination to ensure that the future relations with Cyprus would be strong, broad and deep and that would be underpinned by an ambitions framework to allow the two countries to trade as freely as possible and to enhance the already close people to people links.

He reminded that the UK-Cyprus relationship long predated Cyprus and Britain’s accession to the EU and would not end after Brexit.