Cyprus’ trade deficit at €1.7 billion in the first five months of 2018 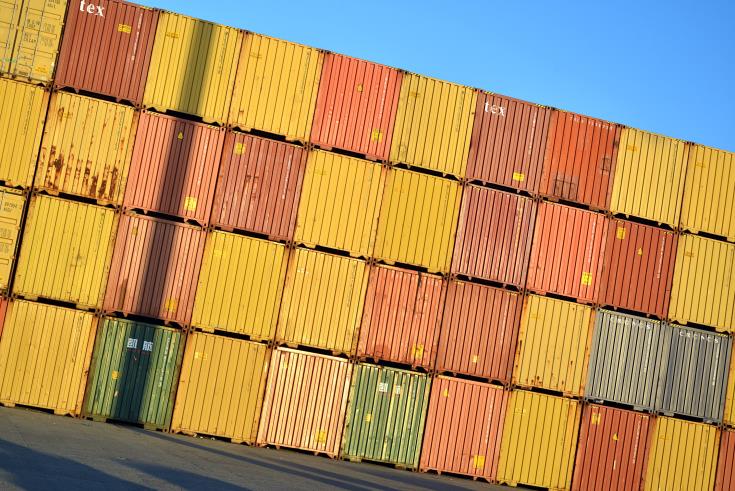 Cyprus’ trade deficit was recorded at €1.72 billion in the first five months of 2018 compared to €2.16 billion in the same period of 2017, according to provisional data published on Thursday by the Cyprus Statistical Service.

On the basis of the preliminary estimates for Cyprus external trade in March 2018, total imports were of a value of €832.8 million, of which €520.7 million were imports fom other EU member states and €312.1 million from third countries.

On the other hand, total exports were recorded at €455.6 million, of which €103.7 million concerned exports towards other EU member states and €351.9 million to third countries.

According to the provisional estimates May’s trade deficit stood at  €377.178 million.

By In Cyprus
Previous articlePaphos hoteliers see other markets covering Russian shortfall
Next articleCyprus Religion: Discover the most historical and beautiful monasteries of the island