Cyprus to get vaccines for 2 million people 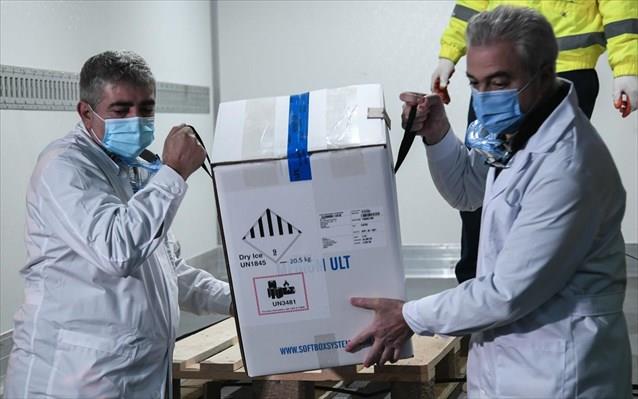 Cyprus President, Nicos Anastasiades, said on Wednesday that Cyprus has ordered and is ready to receive COVID-19 vaccines for two million people.

Anastasiades, who made statements to the media after a visit he paid to the Vaccination Centre which operates at the State Fair in Nicosia, accompanied by Health Minister, Constantinos Ioannou, and other officials, noted that Cyprus is one of the first countries successfully implementing a vaccination programme, one of the first countries successfully carrying out PCR and antigen rapid tests, and the second one as regards the lowest number of deaths due to COVID-19.

He expressed hope that Cyprus’ vaccination programme will continue to be implemented without problems, so that by the beginning or mid-May people over 45 years old will be vaccinated and that the economy will be able to fully operate in June.

Anastasiades also underlined the need for patience and discipline as regards the implementation of preventive health measures. Moreover, he praised health professionals for all their efforts to fulfil their task.

Replying to a question about people who deny that there is a pandemic, Anastasiades said that their views are respected, however everyone’s right to live must also be respected. He stressed that vaccinations protect and save lives.

Invited to say what will happen if the EMA decides to suspend the administration of the AstraZeneca vaccine, Anastasiades said that Cyprus has ordered vaccines from Pfizer, Moderna and Johnson and Johnson, while the Council of Ministers has authorised the Health Minister to negotiate in order to secure supplies of the Sputnik V vaccine as well, as long as it is approved by the EMA.

He noted that the EU has contracts with seven pharmaceutical companies, noting that “we have ordered and we are ready to receive vaccines for two million people.”

Anastasiades said at the same time that it depends on the companies’ production when these vaccines will be distributed to Cyprus.

We are doing everything possible to save lives, to keep the health system in a manageable situation, and so that human freedoms are not affected any longer and also to financially support the state and the citizens, he added.

Asked what happened with the vaccines that he has asked from the Prime Minister of Israel, Benjamin Netanyahu, Anastasiades said that there are some procedural problems, however efforts continue on this issue.

Responding to a question, he said the government and the epidemiologists are not currently looking into a third lockdown scenario, based on Cyprus’ epidemiological outlook.