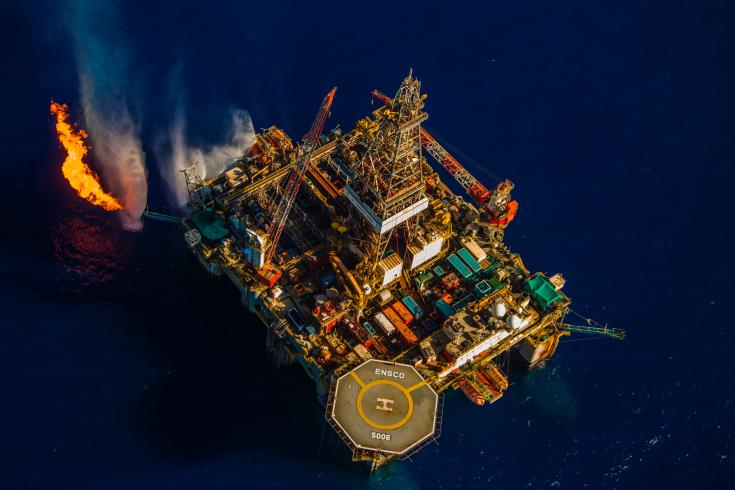 The  Cyprus Government is discussing a new wave of the exploration programme with the licensees in the Cyprus Exclusive Economic Zone (EEZ) that will be pursuing over the next few months, according Minister of Energy Yiorgos Lakkotrypis who was addressing the Economist’s 14th Cyprus Summit.

“We discuss the scheduling, the number of wells, how we create synergies in order to achieve extensive exploration’’, he said.

Among the priorities, as he said is the exploration of Cyprus offshore block 10 starting in the middle of November. He also referred to the anticipated licensing of Block 7 over the next few months.

On the exploitation of ‘Aphrodite’ field, the Minister said that they were currently discussing how to optimize the economics and the contract. He also said that the Ministry was planning to initiate a discussion about development and monetization of “Calypso” field.

Lakkotrypis also said that Cyprus was planning to conclude and sign an intergovernmental agreement similar to the one they have signed with Egypt, concerning the EastMed pipeline that will involve Greece, Israel and Cyprus. The country, as he said, was also pursuing further expansion of the relations with the countries that would constitute that EastMed corridor, Bulgaria and Romania.

Replying to questions on Turkish threats in Cyprus EEZ Lakkotrypis said that companies would like to operate in as much as stable environment as possible.

“They are not stranger to tensions of this sort. It is crucial for Cyprus not to play this game. We are in close cooperation with the companies and their countries, particularly not to play the instability game because that would not be in anyone’s favour”, he said.

As he said there was no doubt on the need to try and solve the Cyprus problem, “ but from there on we kept it separate and will continue to do so in everything that we do”. He also expressed the hope that natural gas would play a catalytic role in forging alliances with everyone in the region “but from there on we continue to proceed our strategy”.

Eni’s Executive Vice-President, for exploration projects management, Aldo Napolitano, said that “gas has largely been the form of energy that tends to create unitisation of efforts, it is not something that should divided and is it is in the interest of all sides to find solutions”.

Cyprus country manager, of Noble Energy Gene Kornegay, said that the company was hopeful and was expecting to move forward to development and production in the discovery of Aphrodite field in the very near future.

“Development of Aphrodite requires the construction of a pipeline from the Aphrodite facilities to Egypt in order to the deliver the gas, an LNG plant”, he said, pointing out that important underpinning of this pipeline is the intergovernmental agreement between Egypt and Cyprus.

ExxonMobil’s Vice-president, for Europe, Russia, Caspian, Exploration Company Tristan Asprey referred to the forthcoming drilling in Cyprus’ offshore Block 10, pointing out that “we are getting very close to the start” and that it was expected to begin later this month.

By In Cyprus
Previous articleCyprus has managed to stand on its own two feet, FinMin says
Next articleDust alert, possible showers on Sunday