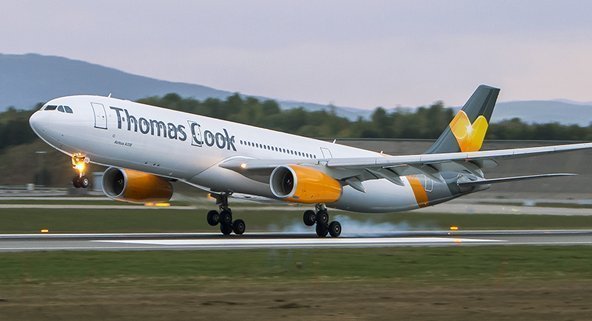 Now that investors have rescued Thomas Cook Nordic Cyprus will feel less of the effects of collapsed Thomas Cook Group’s aftershocks, according to insiders.

And this development ensures that the Nordic business’ tour programmes continue to worldwide destinations, including Cyprus, without interruption.

So far, the overall number of tourists from Scandinavia to Cyprus in 2019 amounted to 90,000.  Therefore, concerns over the parent company’s bankruptcy and the negative domino effect that was expected are contained.

Official statistics last year had total tourist arrivals from Denmark amounting to 43,063, another 153,769 from Sweden, 26,507 from Finland and 55,273 from Norway. These arrivals were not all flown over through the Thomas Cook’s subsidiary in Scandinavia, but it had covered a significant number.

The big question now is the future of Europe’s other major market, Germany, with intense negotiations currently taking place for the acquisition of Thomas Cook Germany Gmbh by other corporate groups.

At the same time, Insider has found out that most of Thomas Cook Northern Europe’s obligations to Cypriot hoteliers have been met.

Figures released a couple of weeks ago had estimated the total damage to Cyprus hoteliers rising at €50 million euros, but it seems that this will be much less.

As for the newly-formed travel group for Scandinavia, this will continue to include Ving, Spies, Tjareborg and Nordic Airline which is to be renamed Sun Class Airlines.

By Annie Charalambous
Previous articlePaphos police probing rape of 27-year-old tourist from Britain
Next articlePartly cloudy on Monday, above average temperatures from Wednesday