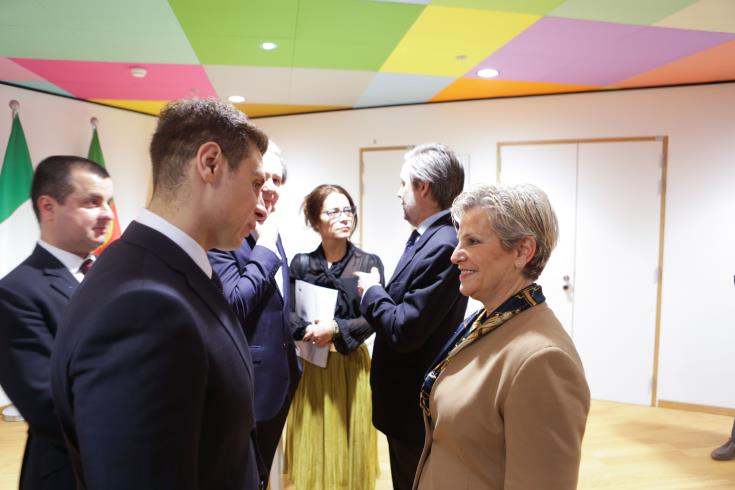 Cyprus will be included in the EU funding scheme for major road projects in the upcoming planning period 2021-2027, Minister of Transport Vasiliki Anastasiades said after the conclusion of the Transport Ministers Council in Brussels.

The road funding project is part of the next multi-annual financial framework (2021-27), for which discussions continue between the Council and the European Parliament, on the basis of a Commission proposal. On this subject, Commissioner Oettinger asked the Heads of State and Government to give “final political guidance” at the upcoming EU Summit.

Cyprus was not initially included in ‘Connecting Europe’ — the project that finances infrastructure, road transport, telecommunications and energy project, but this was finally made possible after coordinated efforts of the Ministry, Anastasiades said.

“Very important projects, which will upgrade our country’s road network, such as Paphos – Polis Chrysochous, Nicosia – Palaichori and Limassol – Saitta roads, will be eligible for funding from this European Union programme,” she added.

Referring to the agenda of the meeting, Vassiliki Anastassiades noted that the Council discussed issues related to road safety and the Road Infrastructure Directive.

“This is a subject that is of particular interest to our country because of the many road accidents”. In addition, during the working lunch, delays in overflights in EU airspace areas were discussed, and various countermeasures were addressed at union and national level.

Finally, the minister noted that “we also addressed the issue of the legislative framework for regulating the issue of mobility in road transport so as to safeguard the rights of workers and their legal status throughout Europe in general, but ultimately the results were  satisfactory to Cyprus as they ensure our country`s competitiveness with the arrangements chosen, ” she concluded.