Cyprus to assist Lebanon with 5 million, opens up ports, airports and air base 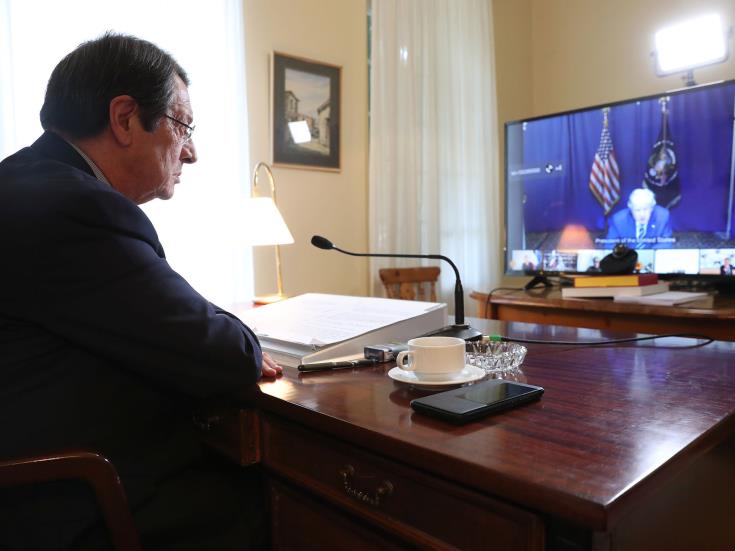 President Anastasiades announced a 5 million euro assistance to Lebanon, following the August 4 deadly explosion and opened up the country’s ports and airports, as well as the ‘Andreas Papandreou’ air base to UNIFIL (UN peacekeeping force in Lebanon) and the international community.

The President addressed an international donor video conference on Lebanon, following an initiative by the UN and French President Emanuel Macron.

In a written statement, government spokesman Kyriakos Kousios said that during his conference address, President Anastasiades stressed how Cyprus stands in solidarity with Lebanon and expressed his heartfelt condolences to the families of the victims, wishing speedy recovery to the injured.

He added that the international community must act quickly and decisively in providing humanitarian assistance to Lebanon.

‘Cyprus and Lebanon always had fraternal relations, with the country providing safe haven to thousands of Lebanese refugees during the civil wars of 1976 and 2006. Today, it’s ready to once again contribute to international relief efforts to Lebanon’, said President Anastasiades.

Cyprus, he noted, has already sent rescue crews to Lebanon and is ready to provide any additional assistance asked by ‘our friend, Lebanese President Michel Aoun’.

Five tonnes of medical supplies and foodstuffs have been sent to the country and 40 more will be sent tomorrow, including power generators, clothing, medication and canned food.

‘Assistance will keep running into the next few weeks, as response by Cypriots has been touching, particularly following my appeal’, Anastasiades said.

The President expressed the certainty that the international community will stand in solidarity to Lebanon and provide the necessary assistance, so the country can overcome a huge crisis.

As the spokesman said, international leaders committed in doing their utmost to assist Lebanon at this critical time.

Participating leaders included the King of Jordan, the President of Egypt, the Emir of Qatar, the Prime Minister of Greece and European institutions and international organisations officials.