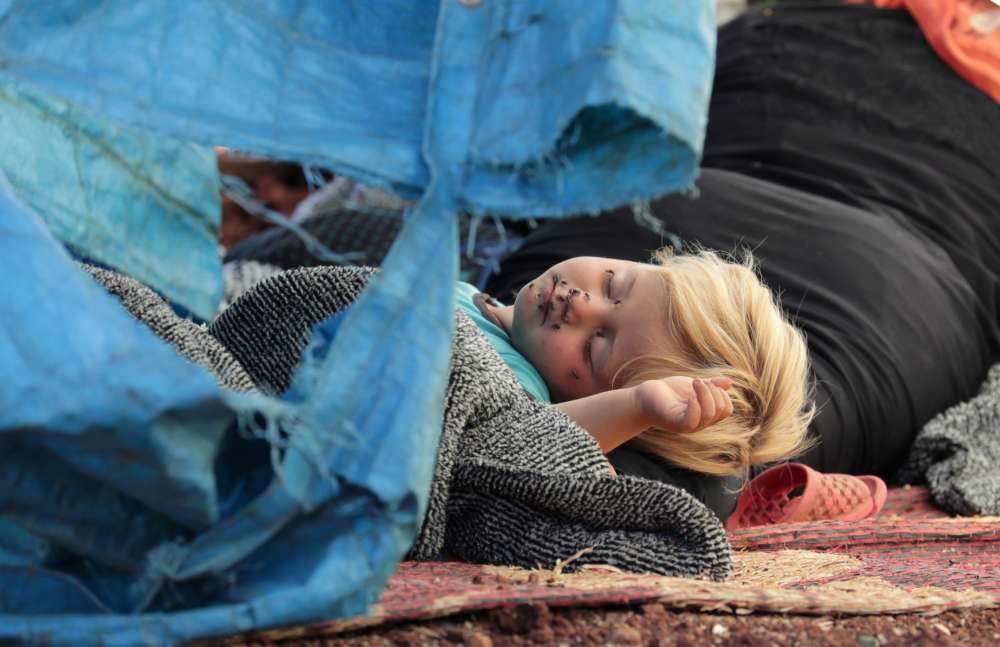 Cyprus is the top refugee receiving country by share of its population in the EU, Eurostat said on occasion of World Refugee Day, Stelios Marathovouniotis reports.

In 2018, Cyprus recorded an 70% increase in asylum applications, as 7,610 people applied for asylum, approximately 0.9% of the country’s population.

According to UNHCR Cyprus statistics, currently there are approximately 11,000 persons under International Protection and about 13,000 asylum seekers currently residing in Cyprus. 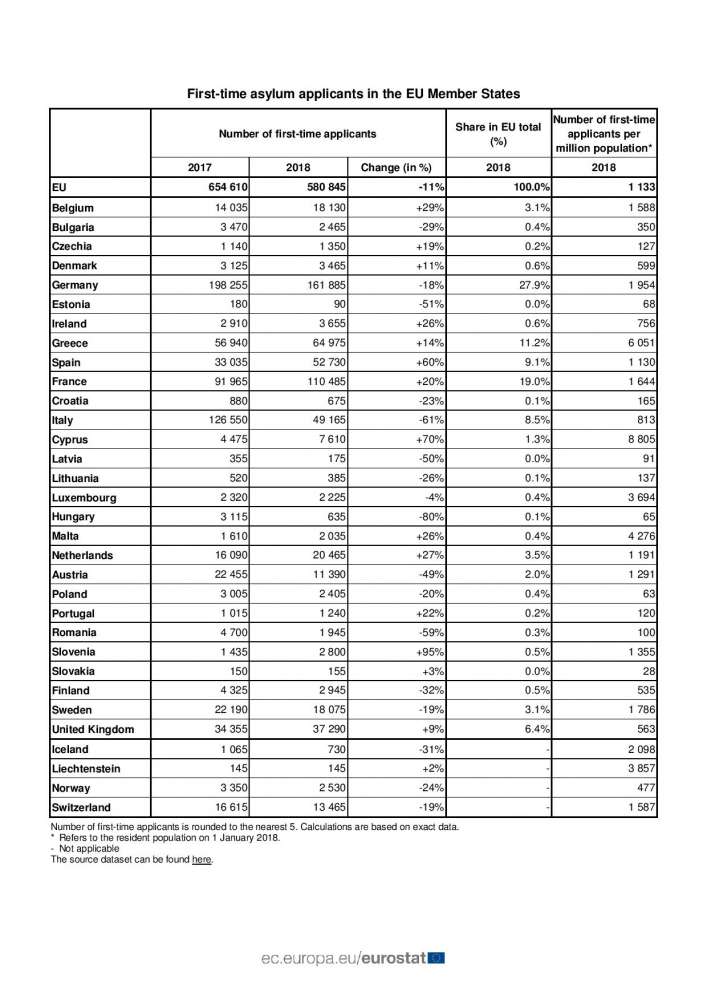 Around 11% of refugees who were minors were unaccompanied. 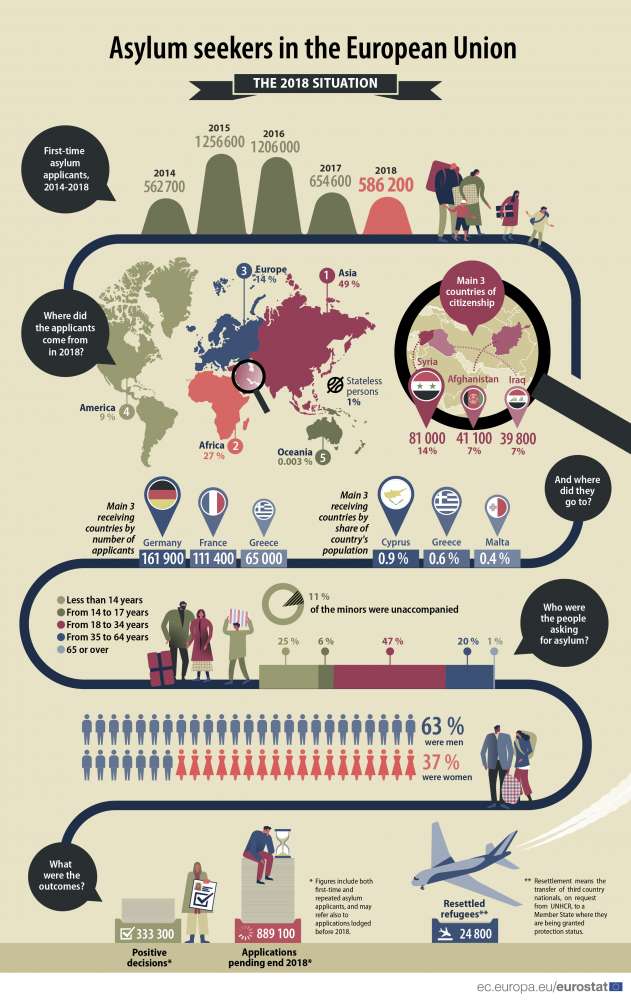 One in 108 people on the planet has been displaced

The UN’s yearly Global Trends report found that 70.8 million children, women and men were forcibly displaced at the close of 2018, the highest number in the organization’s almost 70-year history.

This means that every minute in 2018, 25 people were forced to flee or that one in 108 people on the planet has been displaced.

To put this in perspective, this is double the level of 20 years ago, 2.3 million more than a year ago, and corresponds to a population between that of Thailand and Turkey.

In Cyprus more than 200,000 Turkish and Greek Cypriots were displaced after the Turkish invasion, close to a third of the country’s population. 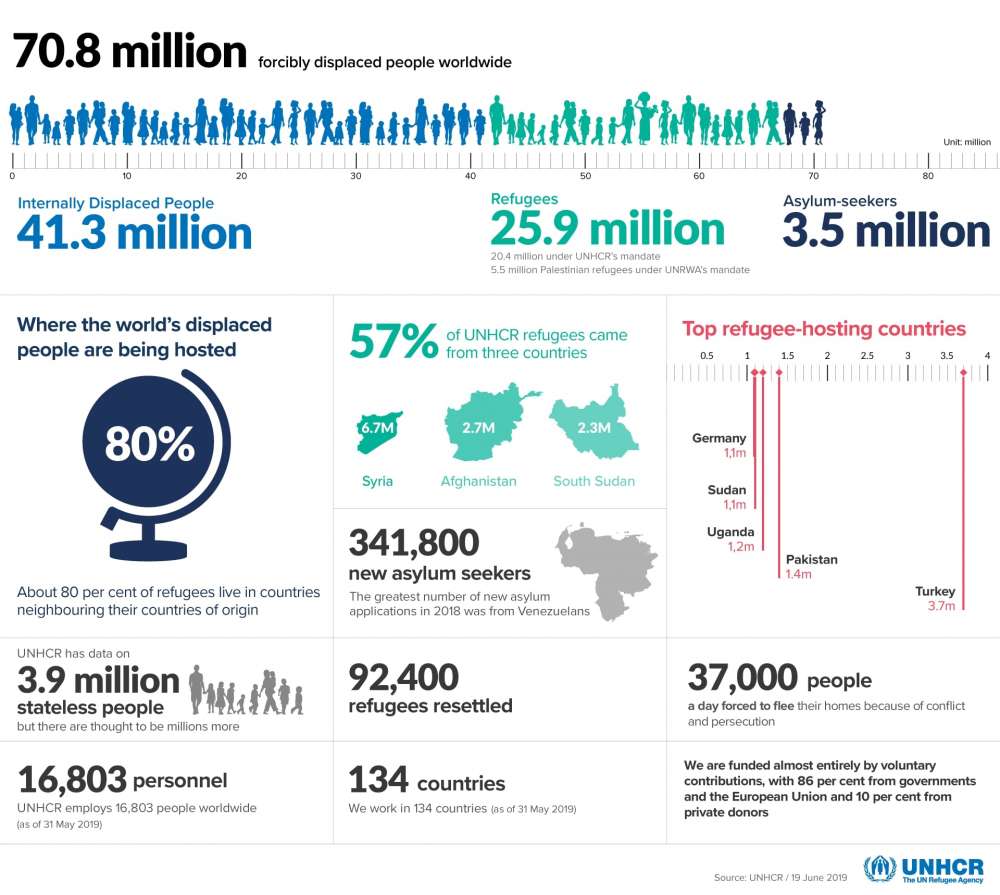 The International Organization for Migration (IOM) reports that 24,645 migrants and refugees have entered Europe by sea through 12 June, roughly a 33 per cent decrease from the 36,612 arriving during the same period last year. Arrivals to both Spain and Greece account for 82 per cent of all arrivals, with the balance arriving this year in Italy, Malta and Cyprus.

Deaths in the Mediterranean

Deaths recorded on the three main Mediterranean Sea routes through 163 days of 2019 are at 555 individuals – or less than two thirds of the 875 deaths confirmed during the same period in 2018.

The UNHCR Office in Cyprus has teamed up with diverse partners this year to mark World Refugee Day with a number of dedicated events in Nicosia and Larnaca starting on Tuesday 11 June, and concluding on Monday 24 June.

The highlight will be a dedicated concert on 20 June, 8:30 pm by the internationally acclaimed Cypriot artist Alexia, who will be performing together with refugee children and other special guests in a historic venue in the centre of Nicosia.

Alexia will present iconic songs from all over the world, in Armenian, Ladino, French, Arabic, Cypriot and Greek. Alexia will be accompanied by a 4-piece orchestra and select songs will be performed together with refugee and Cypriot children and other special guests.

Together with the regular vendors, refugees from the Middle East and Africa living among us will cook traditional dishes giving you the chance to experience new recipes from countries like Somalia and Ethiopia.

The event will take place at the Municipal Garden of Nicosia. Food will be served from 7 pm to 11 pm, with music and drinks until 12 pm.

Click here to read stories of migrants in Cyprus.

Click here to read your rights and duties as an asylum-seeker in Cyprus.