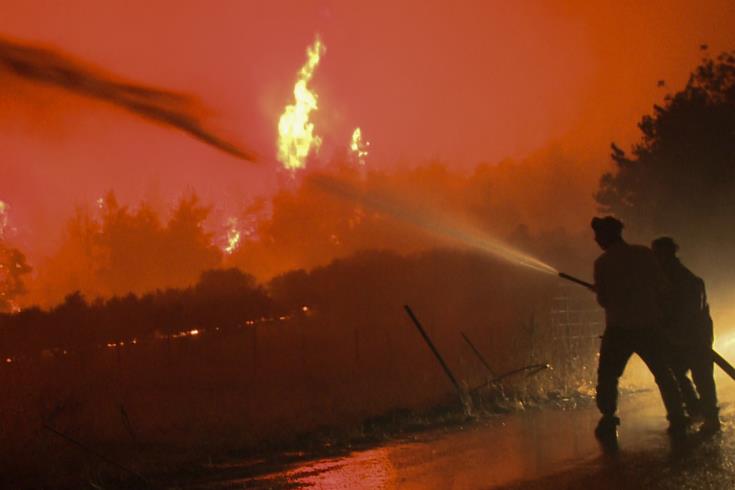 A 20-member group of Cyprus firefighters and civil defence personnel, which has been in Greece since Wednesday to provide assistance with the fires, has been split into two teams operating near Kryoneri cemetery and the former royal estate in Tatoi, Olivia Michaelides, deputy head of the Limassol Civil Defence department has told CNA.

The teams have two firefighting vehicles from Cyprus at their disposal and are also helped by Greek fire engines, Michaelidou said.

“We are at the disposal of the Greek authorities to provide any possible assistance in these difficult times Greece is going through,” she noted.

She spoke of a difficult and sad spectacle. The Cypriot teams have witnessed the utter destruction of huge dense forest land by the ravages of fire, she noted.

Replying to a question she said that the situation is very difficult on the ground since there are open fronts in quite a few different areas.

By gavriella
Previous articleYellow warning by Met Service
Next articleEMA and ECDC: Full vaccination key to protecting against serious COVID-19