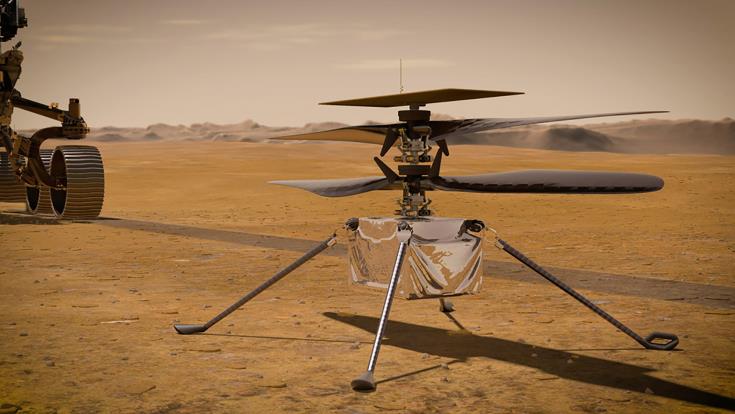 Cyprus takes part in NASA’s “Send Your Name to Mars” campaign which also aims to will search for evidence of ancient extra-terrestrial life, according to CNA.

“In less  than a month, NASA’s Perseverance ground breaking rover will be landing on Mars. The mission, named MARS2020, will search for evidence of ancient extra-terrestrial life, test the first helicopter on another planet, and collect important data about Mars’ geology and climate,” the report said.

“It also carries the names of almost 11 million people from many countries, including Cyprus, as part of NASA’s “Send Your Name to Mars” campaign,” it added.

Perseverance began its journey on the 30th of July 2020 and after covering 471 million kilometres, it will land on Mars on the 18th of February 2021.

It also carries instruments and technology that will help pave the way for human missions to the Moon and Mars.

Names of Cypriots travel along to Mars

As with previous missions to Mars, NASA`s “Send Your Name to Mars” campaign invited people around the world to submit their names to  ride aboard its next rover to the Red Planet.

According to NASA, 10,932,295 people submitted their names, including many Cypriots. The names were stencilled by electron beam onto three fingernail-sized silicon chips, attached to an aluminium plate on NASA`s Perseverance Mars rover.

Are we close in finding ancient extra-terrestrial life?

Mars was not always a frozen desert. According to scientific evidence from previous missions, Mars once hosted running water that could have supported microbial life, before the planet turned into an icy and dusty desert.

It is believed that earlier in its history, Mars had a warmer environment and therefore could have had the conditions for the development of microbial life. One of the fundamental questions of humanity and in the science of astrobiology is whether there are any signs of previous microbial life on Mars. This mission aspires to search for signs of ancient life and answer this question.

It is recalled than in a previous interview with CNA, NASA Chief Scientist Dr James Green said that in our life time we will answer the question if we are alone in the cosmos.

Asked how close we are in answering the question if we are alone in the universe and especially if there is intelligent life elsewhere in space, he said that “I do believe that we are getting pretty close, that in our life time we will answer the question ‘are we alone?’”

From a scientific perspective, he added, “if we find life – and it doesn’t have to be intelligent life – microbial life or even multicelled animals, this is really revolutionary because then it means that there is life throughout the galaxy and that also would imply that there is probably certain regions where intelligent life has been created and evolved over time. So the first step would be really looking for life in our solar system”.

First helicopter attempting to fly on another planet

NASA’s Perseverance rover is also carrying a small but very significant experiment. It will test for the first time a helicopter on another planet, called Ingenuity.

This tiny helicopter, which weighs 1.8 kilograms on Earth, will attempt to demonstrate with its technology whether it is possible to fly on Mars, which has an extremely thin atmosphere.

According to NASA, if successful, these technologies and the experience with flying a helicopter on another planet could enable other advanced robotic flying vehicles that might be part of future robotic and human missions to Mars.