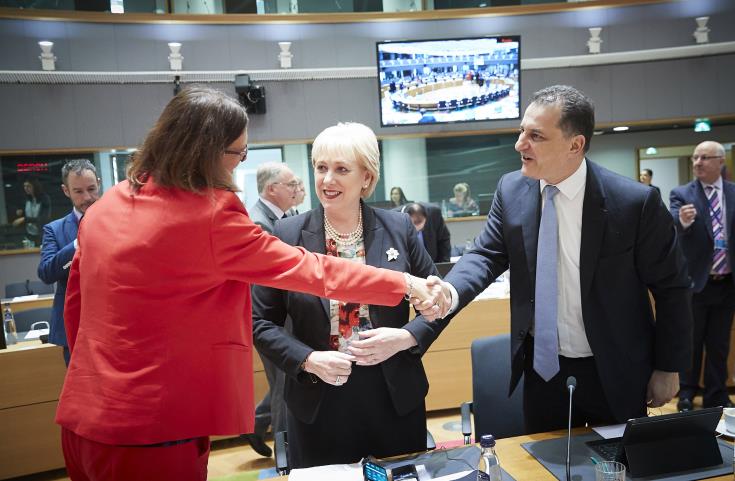 The EU should maintain its leading role within the World Trade Organization, for the WTO itself to maintain its central role in the multilateral trading system stressed Minister for Energy, Trade, Industry and Tourism, George Laktotrypis, in his contribution to the works of the Foreign Affairs Council, held in trade ministers` format, today in Brussels.

More specifically, in his intervention during a discussion of the latest developments since the 11th Ministerial Conference of the World Trade Organization (WTO) held in Buenos Aires last December, in which the 28 have examined the prospects for the future of the WTO, the Minister expressed his support of Cyprus in actions and initiatives aimed at solving the problems and in enhancing the functionality and effectiveness of the organization.

During the works of the same Council, the Ministers also adopted conclusions on the new architecture and methodology for negotiating and concluding future EU trade agreements with third countries, as well as the decisions to open negotiations with Australia and New Zealand on the conclusion of free trade agreements, combined with the respective negotiating mandates.

In addition, the Ministers also exchanged views on free trade agreements with Japan and Singapore, which are expected to enter into force in early 2019, and were informed of the state of ongoing trade negotiations with Mexico, the Mercosur countries , Chile and Vietnam. Finally, during a working lunch, Ministers discussed recent developments in EU-US trade relations.