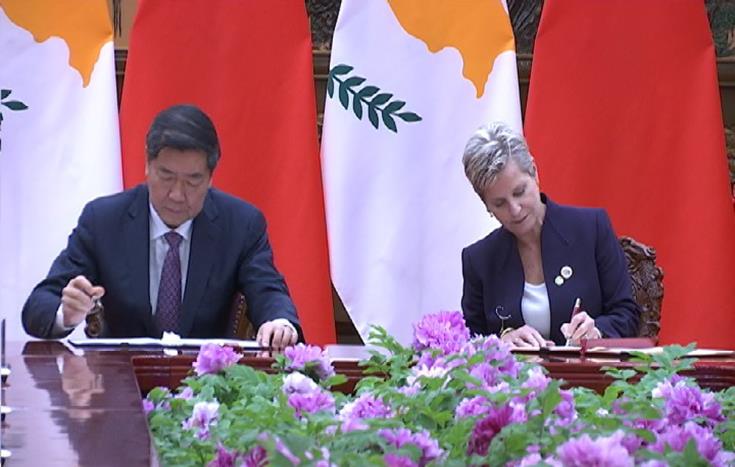 Cyprus has submitted a draft agreement for an air link with China to Chinese authorities, Transport MInister Vasiliki Anastasiadou said on Friday.

The minister is in Beijing with a Cyprus government delegation headed by President Nicos Anastasiades attending the Belt and Road forum.

She said that she had held meetings with representatives of high tech companies active in telecommunications and ‘smart cities’ which could prove useful for Cyprus as it seeks expertise in these issues.

“Of course everything must be done through competitive and legal procedures. I believe that these contacts are very useful with a friendly country with which yesterday we signed a memorandum of cooperation which among other promotes connectivity,” she said.

She added that a draft agreement to establish an air link between the two countries with no restrictions on the number of flights and destinations in China has been submitted to the Chinese authorities which must be reviewed before it moves forward.

The minister said that she had also visited telecommunication companies to discuss among other the issue of cyber security which is of concern given that Cyprus is looking at 5G licences.