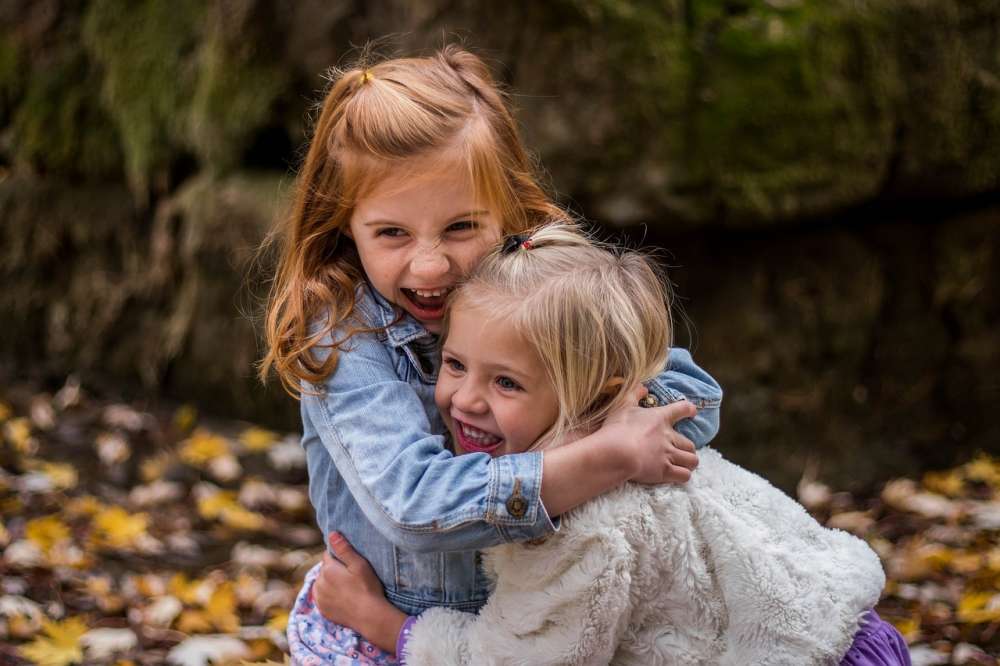 Cyprus spent €244.28 m on family benefits in 2016 which is equivalent to €286.7 per inhabitant — below the EU28 average of €690 per inhabitant, according to figures issues by Eurostat on Friday.

The Eurostat report, published to mark International Children’s Day which is celebrated on June 1, showed that EU Member States spent over €350 billion on family benefits in 2016 (2.4% of EU GDP).

This represented 9% of the total spent on social protection benefits.

Cyprus was again below the EU average with spending representing 1.3% of GDP and 7% of the total spent on social benefits.

Eurostat said that over the last few years, the share of social protection expenditure on family benefits in the EU remained stable (it was also 9% in 2008). Social protection encompasses interventions from public or private bodies intended to relieve households and individuals of the burden of a defined set of risks or needs. 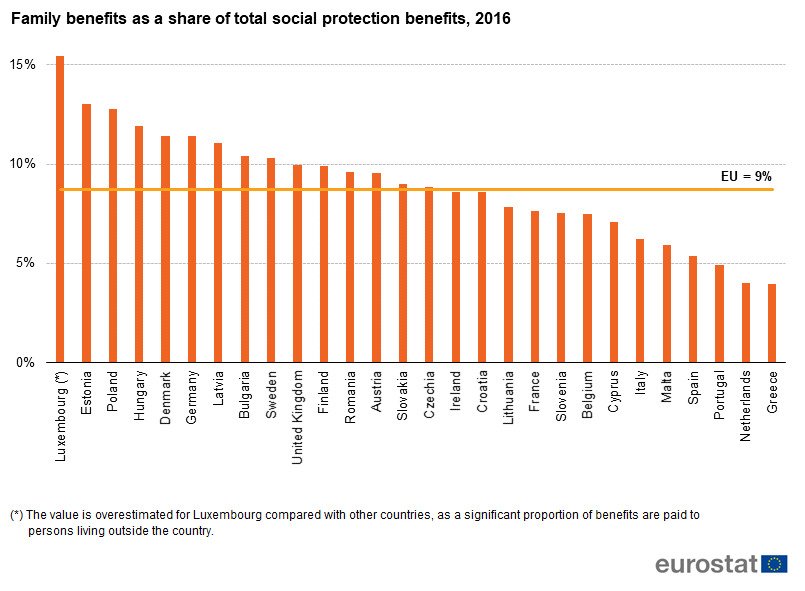 Share of expenditure on family benefits highest in Luxembourg, lowest in Greece and the Netherlands

The share of social protection expenditure on family benefits varied significantly between EU Member States. It accounted for more than 15% of total social benefits in Luxembourg, followed by Estonia and Poland (13%), and Hungary (12%).

The lowest shares were registered in Greece and the Netherlands (both 4%), followed by Spain and Portugal (both 5%). 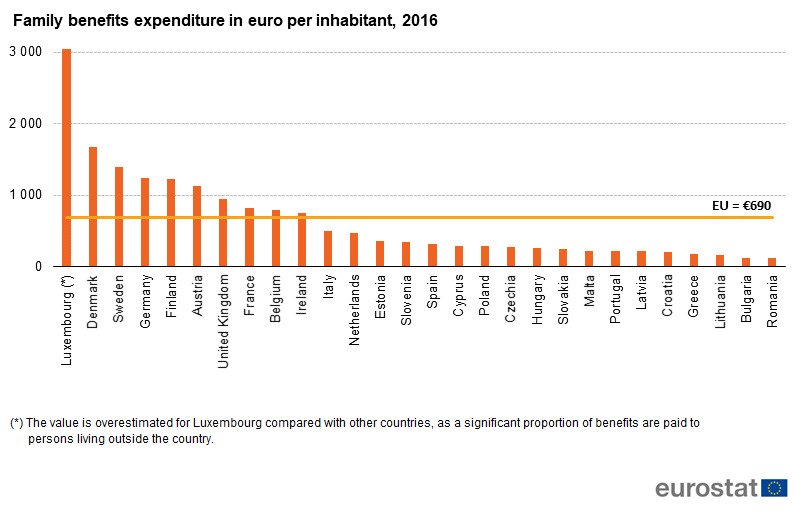 The source dataset is accessible here .

In this article, ‘family benefits’ refer to ‘family/children benefits’ as classified by the European system of integrated social protection statistics (ESSPROS)methodology. They  include support (except healthcare) in connection with the costs of pregnancy, childbirth and adoption, childcare and caring for other family members.