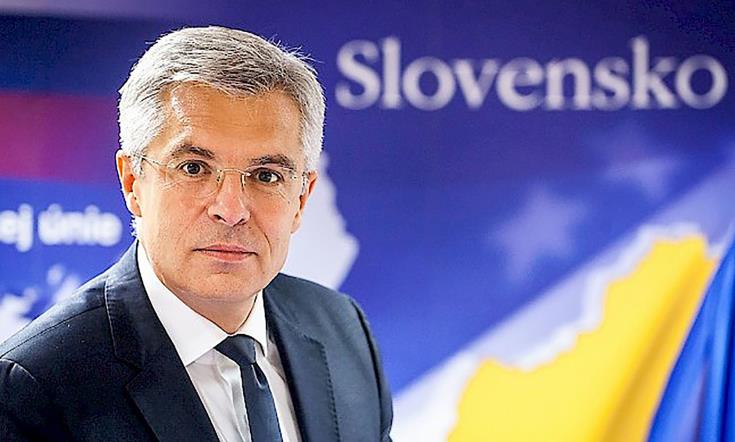 Foreign Minister Nikos Christodoulides and his Slovak counterpart Ivan Korčok (photo) are holding talks in Nicosia on Monday focusing on bilateral relations, the Cyprus issue and Turkey’s latest provocations in the divided island.

Ankara has recently re-opened the fenced-off part of the city of Famagusta, known as Varosha, in full violation of UN resolutions providing that the ‘ghost town’ belongs to its legal Greek Cypriot inhabitants.

The two Minister will also discuss current issues on the EU agenda including enlargement, migration, Euro-Turkish relations, the debate on the future of Europe, as well as regional and international issues of common interest.