Cyprus should not remain inactive in the digital revolution, Transport Minister says 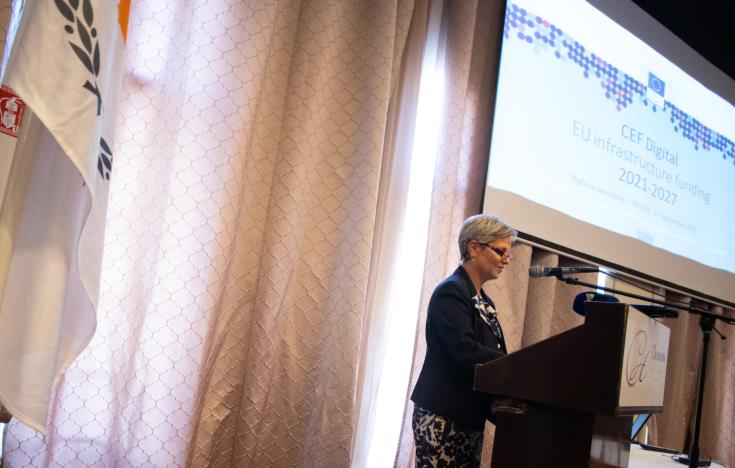 Cyprus should not remain inactive in the digital revolution that is taking place, Minister of Transport, Communications and Works, Vassiliki Anastassiadou has stressed in her welcome address at the Connecting Europe Facility (CEF) Digital Workshop.

Anastasiadou said, inter alia, that this is an important event regarding the Connecting Europe Facility 2 Digital (CEF2 Digital) and its role in funding digital connectivity projects during the new programmatic period 2021-2027.

In 2016, the Minister said,  the European Commission announced the vision of the Gigabit Society, where the availability and adoption of very high-capacity networks will allow the widespread use of products, services, and applications in the Digital Single Market.

Anastasiadou noted that Europe is preparing for this Gigabit era of widespread and very high-speed connectivity which will adopt next-generation technologies such as 5G, Artificial Intelligence, High-Performance Computing, Blockchain, etc.

The implementation of the above can be achieved through ultrafast broadband connectivity networks, she added.

The Minister also said that the new Electronic Communications Code is expected to help the swift and extensive roll-out of 5G and other next-generation technologies throughout Europe.

“Cyprus should not remain inactive in the digital revolution that is taking place. We are following closely all the developments and we have already started the process for the adoption of the code in our national legislation. In this direction, we are prepared to take the necessary steps so that Cyprus will not stay behind of these new technology developments”, she said.

In conclusion, the Minister said that Cyprus can use all the available funding tools in the new programmatic period 2021-2027, including CEF2 Digital, in order to resolve main issues on the way to digital transformation.