Cyprus should not be left alone to deal with asylum and migration issues, UNHCR official says 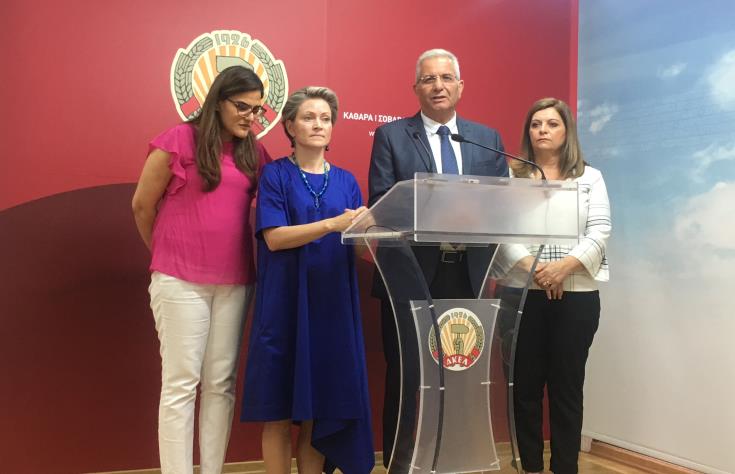 Speaking on Wednesday after a meeting, in Nicosia, with the General Secretary of AKEL, Andros Kyprianou, Saha welcomed the measures already taken by the Cyprus government to address the reception conditions and the processing of asylum applications.

While conditions  at Kofinou reception centre have improved, there are still issues that need to be tackled, she added.

The Head of UNHCR in Cyprus also referred to the issues concerning unaccompanied minors, adding that these children need support after they turn 18 and leave the shelters, in order not to fall victims of traffickers.

“We are working very closely with the Ministry of Interior in order to make sure that the asylum system is preserved for only those who are in need of international protection and is not used for other migratory purposes” Saha underlined.

According to UNHCR estimates, almost half of asylum seekers who submit applications might not have international protection needs but rather wish to stay in Cyprus for migratory reasons.

Saha also said that she encourages the government to adopt and implement accelerated procedures that would be fair and quick.

She said moreover that her organisation works with the Cyprus government, so that its integration strategy addresses the needs of asylum seekers with very different backgrounds.

“The work with refugees is not only the mandate of UNHCR but it is really the responsibility of each of us” as individuals, members of organisations, of the government or of political parties, the UNHCR Representative in Cyprus noted.

She appeared confident that with the support of the EU, the situation can be sustained instead of it evolving into a crisis in the coming months.

The UNHCR official was also asked about refugee flows from the Turkish-occupied areas into the free areas of the Republic of Cyprus, after a surge in the number of Syrian nationals who arrived in the island through the illegal airport in Tympou.

UNHCR does not work in the non-government-controlled areas directly, but through an arrangement with a local NGO, making sure that there is no refoulement of people in need of international protection, Saha explained.

Saha said that since the adoption of the “visa regime” for Syrians, these movements have now stopped. Shea said, however, that UNHCR will continue to monitor through its partners that human rights of asylum seeks and refugees are respected and upheld.

She said finally that the intervention of the NGO, acting as UNHCR’s implementing partner, has been relevant for maximum 10% of the individuals who arrived in Cyprus through the northern part of the island and then crossed into the free areas of the Republic of Cyprus.

“We are not aware of 90% of the individuals who arrived. We do not know them and we have not come across them through our implementing partner” she said. According to Saha, the first contact with the remaining 10% is made once they seek asylum in the Republic of Cyprus.

From his part, the General Secretary of AKEL said that Cyprus should address asylum and migration issues in a humane way, and said he felt compelled to apologize on behalf of AKEL for the situation in the country.

By In Cyprus
Previous articleUnbowed, Trump intensifies attacks on four Democratic congresswomen
Next articleGermany calls upon Turkey to avoid escalation and refrain from illegal drillings