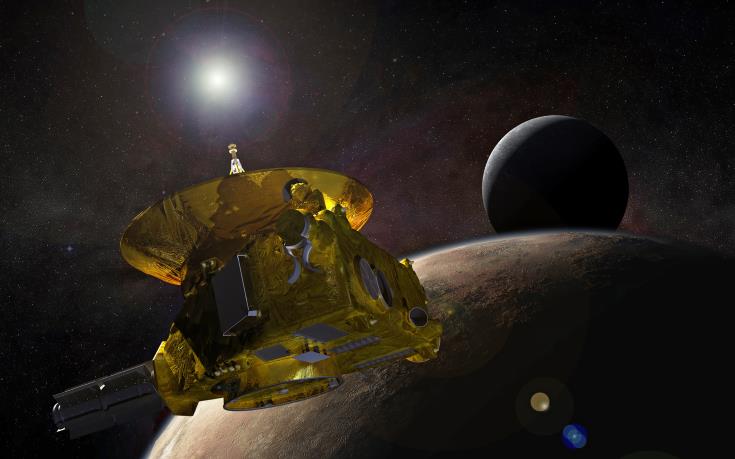 A message from the Cyprus Space Exploration Organisation (CSEO) will be sent by the NASA New Horizons spacecraft as it flies – by the frozen “Ultima Thule”, a celestial body in the Kuiper Zone, at the edge of the solar system, 6.6 billion kilometers from Earth.

The message is “Keep on Exploring!” and will be beamed by the John Hopkins University Advanced Physics Laboratory (APL), that engineered and operates the New Horizons mission and spacecraft.

The message will be beamed to the spacecraft as it passes by Ultima Thule on New Year`s Day, marking an epic space event, as New Horizons will  fly by the outermost celestial body that humanity has ever explored.

CSEO, along with other organisations around the world, responded to NASA`s call to send a message during this one-of- its- kind event.

“It`s a historic moment for space exploration” CSEO President George Danos told CNA, adding that Ultima Thule will be the most distant celestial body ever explored by mankind.

He added that in order to honour this important historical moment, CSEO sends the message  “Keep on Exploring!” to this distant celestial body that will be beamed from APL / NASA to New Horizons as it will be approaching Ultima Thule.

CSEO will be covering the event live on its facebook at www.facebook.com/CyprusSpaceExplorationOrganisation at 16:45-17:15 hours Cyprus time.