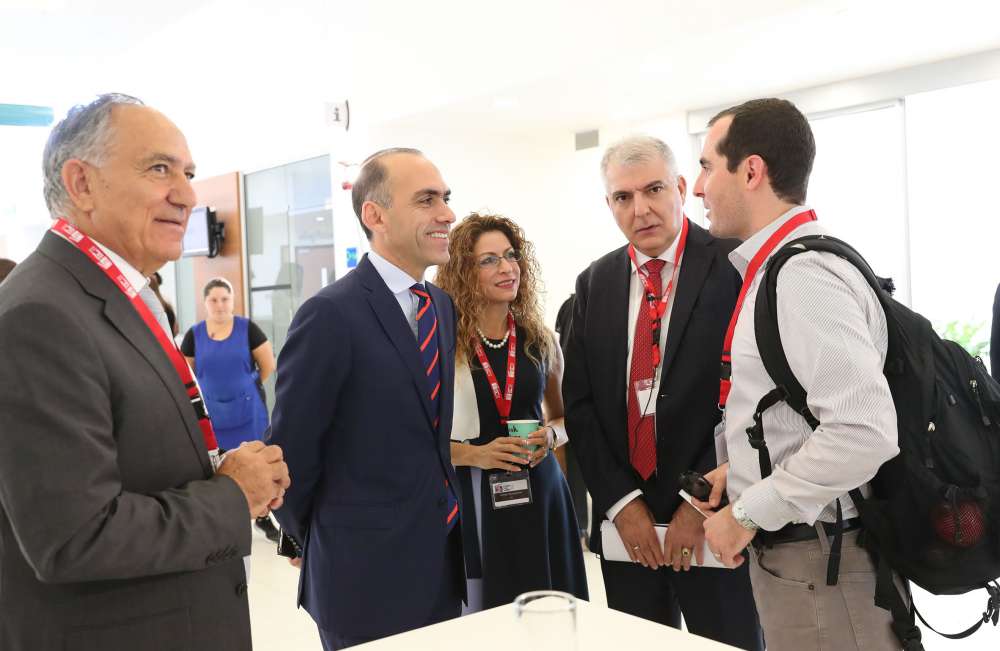 The first Cyprus Film Summit 2018 was held the Filoxenia Conference Centre on Wednesday as Cyprus seeks to carve out a share of the film industry with the launch of ‘Olivewood’.

Co-organised by the Cyprus Investment Promotion Agency (Invest Cyprus), the Cyprus Tourism Organisation and the Press and Information Office o the summit aims to promote Cyprus as a filming destination and to support the creation of a strong audiovisual industry on the island.

Over the course of the summit, participants learned about the special package of incentives and benefits the government has introduced for local and international productions, as well as the online platform “Film in Cyprus” (film.investcyprus.org.cy).

Through the platform interested parties can obtain information on all the developments relating to the film industry as well as submit their application online.

The Director of the Press and Information Office, Sophie Michaelidou, presented the promotional film “Cyprus: A Natural Film Studio”.

A roundtable discussion followed, under the theme “Filming in Cyprus”. Further, field-trips to potential filming locations were organised across the country in the framework of the summit, to coastal and mountain areas.

Addressing the conference,  Michael said that Cyprus’ ambition is to enter the audiovisual market dynamically and to establish its position on the global film map. He made extensive reference to the benefits of Cyprus as a filming destination. He noted that the island is a unique natural studio, which combines a variety of diverse landscapes such as sandy beaches, forests and mountains, traditional villages and modern cities, making particular reference to the island’s excellent weather conditions.

Michael underlined that apart from the perspective of natural beauty, Cyprus is an attractive investment for any producer who is looking for a filming location.

He especially highlighted the Cyprus Film Scheme created by the government, which provides Cypriot and foreign producers with tax incentives such as cash rebate of up to 35%, tax credit and exemptions as well as VAT return on qualifying production expenditures.

He underlined that for Invest Cyprus, it is the bigger picture that counts, adding that the audiovisual industry could benefit the Cypriot economy in many ways; creating jobs, promoting culture and innovation as well as contributing to the further development of other sectors such as the tourism industry

By In Cyprus
Previous articleEden Spa in Larnaca
Next articleWorld Mental Health Day: Mental health may cost the world $16 trillion by 2030 (video)