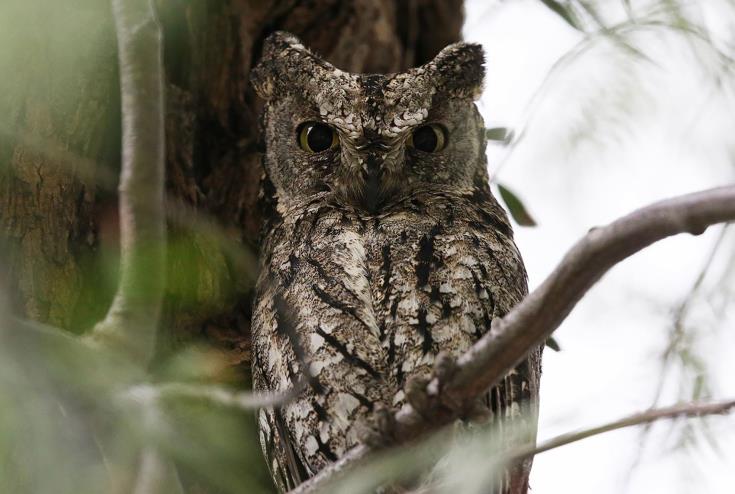 The Cyprus Scops Owl is 100% Cypriot and proud, BirdLife Cyprus said on Monday announcing the decision of BirdLife International to recognise it as a full species.

The Cyprus sub-species was considered as distinct, but still likely to breed with the mainland Scops, BirdLife Cyprus noted.

Taxonomy, the science of classifying organisms into species, is continually evolving as new information is brought to light, and species are “lumped” (when two or more species are merged into one) and “split” (when one species is divided into two or more) accordingly by taxonomic authorities.

In the case of the Cyprus Scops Owl, recent studies have shown that its song and plumage are sufficiently distinct from those of the mainland species to suggest that Cyprus birds most probably do not breed with Eurasian Scops Owls after all.

In light of this, BirdLife International, the Red List Authority on birds and the world leader in bird conservation, has recognized the Cyprus Scops Owl as a full species, Otus cyprius.

With the Cyprus Scops Owl’s global breeding range confined to Cyprus, this means that Cyprus has a new endemic bird species!

New #endemic species for #Cyprus! @BirdLife_News has recognized Cyprus Scops Owl as a full species, in light of studies showing that its song & plumage are sufficiently distinct from those of the mainland species, suggesting that the two don’t breed. https://t.co/IvKzWYro8w pic.twitter.com/WFbJgSj80N

With an estimated abundance of 5,000 to 12,000 breeding pairs, the Cyprus Scops Owl, Otus cyprius, can be found all over the island, in forests, gardens, olive groves, farms and often in or near towns or villages, in parks and in cultivated areas with groves.

During the day, it can occasionally be seen sitting very still on the branches of trees, although it is more likely to be heard at night than seen in daylight. Its territorial two-note call, a characteristic sound of early spring in Cyprus, is what usually signifies its presence.

This whistling call differs from that of the Eurasian Scops Owl, which is a one-note whistle. Its prey consists mostly of large insects such as crickets, grasshoppers, beetles and moths, as well as other invertebrates such as spiders and earthworms. As a hole-nesting bird, it will nest in the hollows of trees such as conifers and olive trees, and has been found to nest regularly in nest boxes placed for larger owl species, such as the Barn Owl.

In addition to the Cyprus Scops Owl, Cyprus has two more endemic bird species, the Cyprus Wheatear Oenanthe cypriaca and the Cyprus Warbler Sylvia melanothorax, and is therefore recognised as a unique Endemic Bird Area (EBA).

Endemic Bird Areas are the most important places for habitat-based conservation of birds. This means that the responsibility for the conservation of these three endemic species falls entirely on Cyprus.

For the Cyprus Scops Owl, a predominantly forest and farmland bird, this translates to conserving the Cypriot traditional agricultural landscape which forms a complex mosaic and has been shown to be beneficial to farmland birds and biodiversity in general. Unfortunately, both in Cyprus and in Europe, small-scale traditional low-intensity farming is being lost to agricultural intensification and abandonment, the main culprits behind the decline of Europe’s farmland birds. BirdLife Europe and BirdLife Cyprus are pushing for EU farming policy to be transformed into a tool for effective support of sustainable, nature-friendly, low-intensity farming, at an EU-wide and local scale.

This recognition of a new 100% uniquely Cypriot bird is also important for the touristic promotion of Cyprus as a birdwatching destination. Birdwatching is a rapidly-growing outdoors hobby around the world and birdwatchers are willing to travel increasingly longer distances in order to observe new bird species in their natural habitat, especially endemic ones. Promoting such forms of ecotourism is a win-win situation, benefiting both the local economy and nature and providing direct economic contributions to, and raising awareness about, important bird areas.

By In Cyprus
Previous articleJewellery worth £50 m stolen from UK’s Tamara Ecclestone-Sun
Next articleUpdate: Larnaca Christmas Parade and down-town market