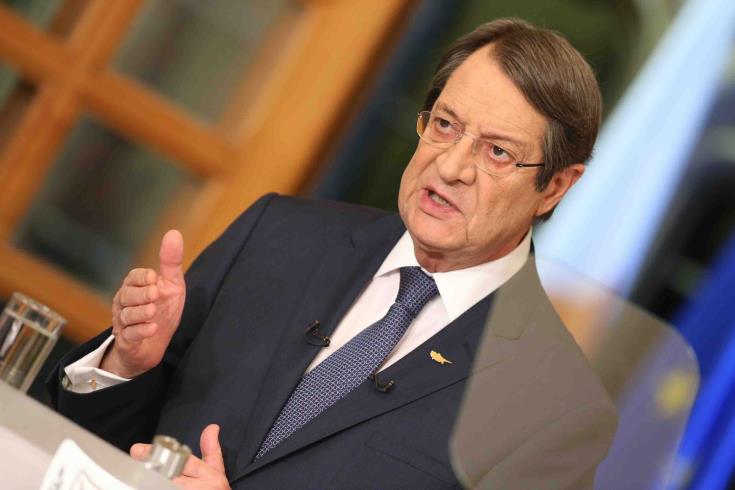 President Nicos Anastasiades said on Tuesday he was confident the European Union would take a tougher stance towards Turkey in an escalating dispute over offshore oil and gas, which is also jeopardising EU enlargement talks.

EU member Cyprus on Monday threatened to block any agreement to admit new members to the European Union unless Brussels toughens its line towards Turkey over offshore drilling in the eastern Mediterranean. The Cyprus government says the drilling violates Cyprus‘ exclusive commercial area.

“I’m optimistic … that the European Union will deliver stronger messages from what they have until today, and that is our objective,” Anastasiades told reporters in Nicosia.

A Turkish drill ship has been docked west of Cyprus since early May, effectively staking a claim to an area also claimed by Cyprus. Later this week, a second Turkish vessel is due to set off for a location to the east of the island.

EU ministers were to meet in Luxembourg on Tuesday to discuss starting formal membership negotiations with Albania and North Macedonia.

But on Monday, national diplomats from individual states failed to reach consensus on a joint draft statement which would have spelled out next steps towards enlargement, in part because of Cypriot objections.

Asked if Nicosia would block any final conclusions of the foreign ministers meeting in Luxembourg, Anastasiades said: “Allow us to handle this appropriately based on developments. It is not with statements which sound like Turkish rhetoric that you reach your objective.”

By In Cyprus
Previous articleEU leaders sign up to carbon net-zero goal by 2050; Cyprus set to sign
Next article“UN soldiers vacate Cypriot former playground of the rich and famous” -Euronews on Ledra Palace (video)