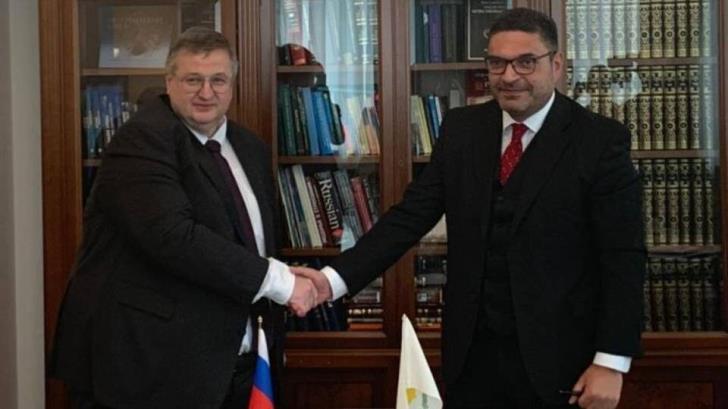 Nicosia feels relieved now that Cyprus and Russia have agreed to amend their Double Tax Avoidance Treaty and to prevent a costly rift between the two sides, insiders told Philenews on Tuesday.

The most important aspect of the deal is that Cyprus no longer stands at a comparatively disadvantageous position, one also said.

Similar deals are expected to be reached between Russia and competitive countries such as Malta, Luxembourg and Holland.

Finance Minister Constantinos Petrides, himself,  said in a personal Twitter account on Monday after the talks in Moscow that “an important and mutually beneficial deal”.

Russia had set in motion the process for a unilateral abrogation of the agreement on August 3, saying that counter-proposal submitted by Cyprus did not offer ground for the amendment and renewal of the treaty to avoid double taxation.

The Finance Ministry said in a written statement late on Monday that “the updating of the existing network of double tax agreements in line with international developments is a priority for the Government.”

The statement said that the Russian side demanded the amendment of two fundamental articles of the treaty, so as to increase the tax on incomes from dividends and interests from 5 percent to 15 percent.

“The Cyprus side secured, among others, the reduction of the said withholding tax (to nil or 5% as appropriate) of regulated entities, such as pension funds and insurance undertakings as well as listed entities with specific characteristics,” the statement also said.

It added that exemption from the said withholding tax applies to interest payments from corporate bonds, government bonds and Eurobonds.

The aim of the two sides is for the agreement to be signed this autumn, so that it will come into force on January 1, 2021, said the statement.