Cyprus’ revised 2021 budget set to be approved on Thursday afternoon 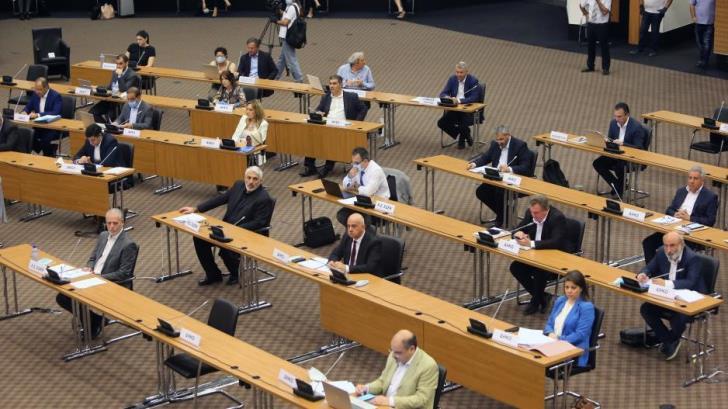 Cyprus’ revised 2021 budget which is to be put anew to the vote before parliament on Thursday afternoon will most probably be approved, Philenews reports.

To begin with, socialist Edek’s three votes which determine the outcome are to be positive, the party announced late on Wednesday.

The announcement came after days of consultations between Edek’s leadership and the ruling Disy party as well as administration which seem to have granted most of the demands tabled.

So, the three positive votes now will be added to Disy’s 24, plus those of the Alliance, the Cooperation of Democratic Forces and ELAM raising the total to 27, against the 26 negative ones.

There are two votes left, those of the Solidarity Movement’s MPs who said they will take their final decision on Thursday.

On Wednesday, the Movement which had voted in favour of the budget the first time around raised fresh concerns and demanded additional clarification from the government.

However, even if Solidarity is not satisfied with the clarification insiders said the two MPs will abstain in the vote which means that the majority formed won’t be affected.

Finance Minister Constantinos Petrides has warned that Cyprus could default if the revised budget is rejected anew by parliament and it loses its investment grade rating.